RIAs are perhaps being held in place by just those two elements, but with $1-billion valuation on the line, the liquidity event is taking on a life of its own

Tuesday, August 30, 2016 – 6:57 PM by Brooke Southall
Admin:
1 Comment
Adam Birenbaum: Each and every partner firm that has joined Focus has gone in with eyes wide open.

Brooke’s Note: The term “roll-up” has a dual purpose: to describe graphically and concisely what the terms “aggregator,” “consolidator” and “strategic buyer” describe obtusely. Its second reason for existence is to get a rise out of the charismatic men and women who play the roll-up game. See: A roll-up exec talks about owning a roll-up and calls out his fellow entrepreneurs to focus on genuine distinctions. In a sense, no roll-up has ever succeeded — or at least not as well as promised. When your core organizing principle is business growth and momentum, you hazard running aground on softer challenges related to managing people and stoking their motivations. Focus Financial has survived a world of challenges that often make for intriguing RIABiz stories what with its long-term objective of pulling off an IPO. Now it looks like Focus will, God willing, reach that improbable milestone by year’s end. The question is whether it will sell an essential part of its soul in the bargain. Focus has always been a maverick comer with its future ahead of it — and its business machinations kept from public view. By definition, those dynamics are set to change. Still, CEO Rudy Adolf enjoys proving people wrong, in his dry Austrian manner, and now he has a great chance to do so yet again.

Focus Financial Partners LLC is poised to pull off one of the more impressive acts of alchemy in the annals of the RIA business. But completing that act of financial legerdemain, with its associated gush of liquidity, could usher in an awkward, perhaps painful, phase for the notoriously private firm, observers say.

Last week, The Wall Street Journal reported that the New York-based roll-up had confidentially filed for an IPO with the Securities and Exchange Commission, a move that would transform Focus Financial’s 41 autonomous advisory firms into a publicly traded entity valued, according to WSJ, at a $1 billion. See: Report: Focus Financial is preparing SEC paperwork for its initial public offering — but is it jumping the gun?

The Focus IPO is almost certainly good news for its CEO, Rudy Adolf, who founded the firm in 2006, and his many big-ticket private equity backers who have invested $400 million or more. But a downside looms in the process of turning relatively useless private stock into publicly traded liquid assets — on a behavioral, if not a financial, perspective, especially if you go by National Financial Partners’ post-IPO phase. See: National Financial Services records some wins to ease the pain of Bank of America loss. Once that stock is converted to cash, the incentive to chase a downstream payday largely disappears.

New York-based NFP Corp. went public in 2003 only to become unglued in the 2008-'09 crisis. At the time, collective wisdom viewed advisors who had cashed out, and therefore had little incentive to rebuild, as chief culprits.

To be sure, that analysis ignores the heavy insurance sales bent of the NFP roll-up and the fact that insurance sales were subject to particularly harsh market conditions. Another thing people forget is that the Jessica Bibliowicz creation did eventually stage a reasonable rebound. See: Once Exhibit A that roll-ups are a flop, NFP is emerging as a stingy, strategic player.
Chicago-based PE Madison Dearborn Partners LLC was principal investor in taking the company private, in the $25-per-share range. At its deepest point of free fall, NFP’s shares traded in the single digits, and that dominates many people’s memories on the matter. 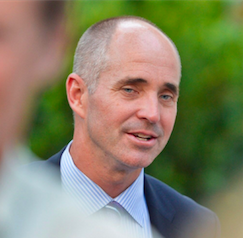 Dan Seivert: They need to do
a deal to get liquidity for
existing players.

“Private stock is paper. Public stock is cash that I can spend on my new beach house,” says Roame, who adds that he suspects that beach houses are exactly where Focus members will be tempted to spend more time, post-IPO.

Still, an unnamed source says that the lock-ups on the shares are such that RIAs will need to be patient when it comes to selling shares. The PE firms and managers are likely to have much more lenient lock-ups, the source adds.

Dan Seivert, CEO of ECHELON Partners, an M&A and consulting firm, strongly suspects that the IPO is driven by board members who were never in it for the long-haul — namely private equity investors, who normally operate on a three- to seven-year cycle. See: What I learned at Harvard Business School that doubled my RIA assets to $3.3 billion in two years.

“They need to do a deal to get liquidity for existing players,” Seivert says from his offices in Manhattan Beach, Calif.

The biggest player in the Focus ecosystem is Buckingham Asset Management in combination with its sister company BAM Advisor Services of St. Louis — a DFA turnkey asset management program for accountants that also give financial advice. CEO Adam Birenbaum says he is pleased about Focus’s planned IPO. See: Buckingham Asset Management creates a structure with Focus Financial that enables it to roll-up the 120 RIAs that entrust it with $13 billion of DFA TAMP assets.

“I have always had the utmost confidence in the Focus leadership team to make decisions that are in the best interests of all constituents,” he says. “Each and every partner firm that has joined Focus has gone in with eyes wide open about all of the possible scenarios that may exist. I am as excited today as I have ever been about the future of both Buckingham and BAM as well as Focus.”

Indeed, when the owners of Focus accepted $216 million of fresh capital from Centerbridge Partners LP in 2013, they experienced a dilution of their shares known as a “cramdown” — a financial reversal that is as uncomfortable as the name suggests. The firm was forced not only to sell shares at reduced prices but to give up some control of the company as well. See: Partners at Focus Financial check their egos at the door to secure $216 million of hard cash. Polaris Venture Partners and Summit Partners were the two private equity firms that took cash out of that deal, as did shareholders companywide.

Focus owns big RIAs including Colony Group of Boston and LLBH of Westport, Conn. See: How LLBH broke free just under the BoA takeover wire and doubled its assets in four post-crash years.

In a 2013 RIABiz interview, Adolf downplayed the significance of the cramdown.

But Jeff Spears, CEO of Sanctuary Wealth Services, disagreed with Adolf back then, saying control by Centerbridge made a liquidity event — for better or worse — much more likely in the near future. See: Why BlackRock’s purchase of FutureAdvisor for $152 million could be a deal of destiny.

“Those private equity owners want an exit strategy and they will likely have a fast timetable. Private equity ownership is a double-edged sword. It’s good that they’ve got the money but it’s bad that they have a different timetable than you do. Now, you’re playing by their rules and their timeline. That’s where the game has changed for Focus.”

In the larger picture, Roame wonders if the Focus move signals increasingly skittish sentiment among PEs.

“There has been a trend of late to forego IPOs and grow larger as a private firm. Focus seems like a firm that would benefit from that strategy. Are the PEs maybe wanting to cash in now at the peak?” See: 10 reasons why LPL Financial could pull off a hot IPO in a cold market.

Shock to the system 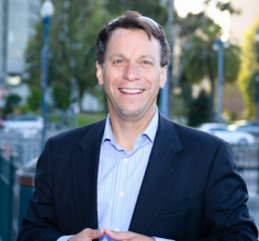 Chip Roame: 'I did not sign
up for this’ may be a
common refrain [among Focus firms] later.


For Adolf, the transition to a public company could be bumpy one, says Roame.

“Being public, at a very practical level, will force him to reveal many details of their debt, transaction costs, synergies, etc. Competitors will eat that stuff up,” Roame says of the firm, which has a reputation for being almost obsessively private in its dealings with the public, and even with its RIA and roll-up colleagues. See: The 19 ways private equity has juiced up the RIA business and how it’s working out.

RIAs under the Focus umbrella may not appreciate the increased scrutiny either.

“Shock to culture? Maybe. Aside from Rudy, also remember that likely few of his acquired firms have also been public companies. 'I did no sign up for this’ may be a common refrain later,” says Roame. See: What RIA principals in the Focus Financial family have to say about a rumored deal for the consolidator.

On the bright side, the Focus IPO may enhance the roll-up’s ability to … roll-up.

“I think it will help, not hurt, recruiting,” Roame says in the email. “We must appreciate those that sold their life-work to a private firm, but I’d rather sell my business to a public aggregator than a private one.” See: A roll-up exec talks about owning a roll-up and calls out his fellow entrepreneurs to focus on genuine distinctions.

Another source who asked not to be named said Roame may be right but that, post-IPO, advisors at Focus may have much more leverage in demanding retention deals because big departures could hurt the stock.

Seivert likes Focus’s odds for a successful offering, valuing the firm at $1.1 billion as opposed to the Journal’s flat $1-billion estimate. He figures that the firm throws off about $400 million in revenue from about $50 billion of managed assets, about $75 million of which will filter down to shareholders. The investment banker says there’s a price-to-earning ratio of 15 to 1 given that $75 million of earnings before interest, taxes, depreciation and amortization.

Underwriting the Focus offering is Bank of America Corp. and Goldman Sachs Group Inc., which may pull the IPO trigger by the end of the year, the Journal’s sources say. Companies can file confidentially for IPOs on U.S. exchanges if their annual revenues don’t exceed $1 billion.

Roame — like Adolf, an alum of global management consulting firm McKinsey & Co. — says Adolf’s position as point man in creating a $1-billion entity for investors from a group of small advisors is singular.

I hope this IPO happens and it starts the next stage of growth in the breakaway market. This stage should be larger and more enduring than the first stage. All of the other firms that support breakaways are rooting for you Rudy! The advisors who haven;t broken away yet should be rooting for you too.