Friday, September 25, 2015 – 8:05 PM by Sanders Wommack
Admin:
0 Comments
Michael Rawson: Inflows at these funds more than make up for the effects of more frequent trading.

The company that holds itself out to world as the undisputed champion of investors everywhere has finally hewed to the industry standard — essentially admitting that it overshot the mark to investor detriment.

Vanguard Group has relented on its frequent trading policy by shortening its limitation window. Clients of the Malvern, Pa.-based giant can now repurchase mutual funds 30 days after selling them and 30 days earlier than the policy previously allowed.

Mutual funds often have frequent trading policies to limit market-timers or the extremely fickle from disrupting cash flows into and out of funds. True to its staid image, Vanguard’s 60-day limit placed it definitively on the more conservative side of the spectrum. See: John Bogle tells the Morningstar crowd just why Vanguard Group has a 'problem’ — and it starts with his dogged criticism.

“In certain circumstances, the FTP has also restricted shareholders who may not have been engaging in excessive trading,” said Linda Wolohan, a Vanguard spokeswoman. “In fact, the 60-day limitation can interfere with several common transactions that are unrelated to market timing and are generally considered to be appropriate client behavior, such as tax loss harvesting and rebalancing.” 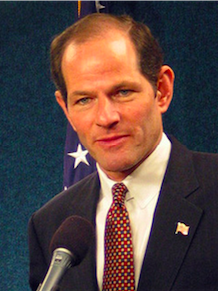 The country’s two other mutual fund giants, Fidelity Investments and American Funds, both have 30-day windows. Asked why these changes hadn’t been implemented sooner if clients were being harmed, Vanguard said it all came down to studying the issue before acting.

Indeed, Vanguard defends the 10 years it took to come to grips with the costs and benefits of the policy.

“The 60-day frequent trading policy has been in effect at Vanguard for over 10 years and has successfully prevented against frequent trading,” writes Wolohan in an email. “But shortening the policy better accommodated many clients’ trading needs, as I explained in my previous email. Once we determined that this would not harm our funds, we decided to implement the change.” See: Vanguard Group, set to gather $300 billion in 2015, is crushing it on every level but could it succumb to its own success?.

In 2004, the Securities and Exchange Commission announced that mutual fund companies would have to add more information about their frequent trading policies in fund prospectuses. Vanguard’s policy change dates shortly after that announcement. At the time, the SEC was in the midst of a widespread crackdown on the mutual fund industry over its late trading and market timing, a process kicked off after an investigation by New York Attorney General Eliot Spitzer. The scandal led to the resignation of the chairman of Putnam Funds, and major fines against Invesco Funds Group ($451 million), Prudential Securities ($600 million), MFS Investment Management ($225 million), Janus Capital group ($225 million), and many others. See: How Janus CEO Richard Weil’s Bill Gross hire completes the PIMCO-ization of the Denver equity shop.

According to Vanguard, the company has been looking at the frequent trading rule change “over the past several months” after “recent client requests.” The change, according to Vanguard, “will have little, if any impact on the funds and will continue to provide sufficient protection against excessive transactions.”

“Inflows at these funds more than make up for the effects of more frequent trading,” says Morningstar ETF and mutual fund analyst Michael Rawson.

Nevertheless, it’s another sign Vanguard is being recast as the domain of its CEO Frederick William McNabb III, not founder John Bogle who presided in the time of Spitzer. See: John Bogle tells the Morningstar crowd just why Vanguard Group has a 'problem’ — and it starts with his dogged criticism

Lately, the investment manager has condoned a more aggressive posture than it has in the past — both for its investors and for itself. That includes its embrace of actually managing client portfolios. See: Vanguard’s white-hot 'hybrid robo’ just added $4 billion in three months — a heat that may cast a chill on 'pure’ robos. 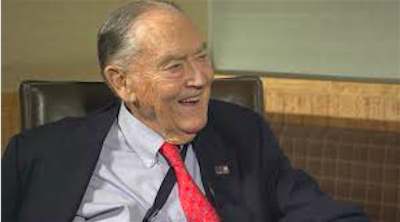 Jack Bogle: There have even been
grumbles about the strictness of the
policy from Vanguard’s most loyal acolytes,
the members of the Bogleheads.org forum.

From publicizing criticism of the Federal Reserve’s decision to hold interest rates steady, to pressuring boardrooms to adopt its preferred corporate governance policies, Vanguard finally appears to have recognized the benefits of throwing its weight around. See: Anything but passive, Vanguard Group chides Yellen for mistaking market static for market signals in leaving rates alone

Microscopic effects on fund performance aside, Vanguard’s trading changes should at least diminish the number of customer complaints it receives. There have even been grumbles about the strictness of the policy from Vanguard’s most loyal acolytes, the members of the Bogleheads.org forum.

For those Vanguard customers who won’t stand for any limitations on their trading, there are still a couple loopholes that will allow them buy within the new 30-day limit. Vanguard honors orders sent via mail, and clients can also set up a one-time automatic transfer between funds. See: John Bogle tells the Morningstar crowd just why Vanguard Group has a 'problem’ — and it starts with his dogged criticism.

Vanguard’s frequent trading policy does not, and did not, prohibit the selling of shares no matter how recent their purchase.