Wednesday, September 2, 2015 – 7:52 PM by Brooke Southall
Admin:
2 Comments
Bo Lu is said to have parlayed an introduction to Larry Fink into a lucrative liquidity event.

Brooke’s Note: If I were a writer of fiction (I’m not, I swear) and I had to name a titanic corporation on Wall Street, I would pick BlackRock — except its symbolism would be too obvious so I’d discard it. If I were that same writer seeking a name for a ludicrously West Coast, loft-style cyber-advisor with geeks laser-focused on outcoding and unseating Wall Street asset managers, I would name it FutureAdvisor, except I would discard the name because it is too literal; too stupidly obvious. If I wrote a book keeping those names and having BlackRock marry FutureAdvisor with a mouse-removes-thorn-from-lion’s paw underlying premise, I’d be banished forever from publishing circles. Fortunately, I write nonfiction where seeming absurdity can and does occur, sanctified by free enterprise’s quasi-religious tenet that self interest guides economically wise decisions. If Obama came up with a deal like this, the Koch brothers would have Obamacare-style coronaries. We have been slow to report this story because the early analysis was unsatisfying. Millennial this, millennial that, software-as-a-service, blah, blah, blah. That stuff may not be wrong per se but it seems to miss bigger points relative to how Larry Fink, 63, CEO of BlackRock, the world’s largest asset manager, sees the world and manages its risk and its opportunities and why he is buying the company of Bo Lu — improbably exactly half his age at 31.5 years — other than to just mess with us scribblers.

BlackRock is a roll-up winner looking to stay on a roll.

Cobbling together bits of State Street Corp., Merrill Lynch, Quellos Group, R3 Accounting LLC and Barclays, the giant New York-based asset manager has created something truly greater than the sum of its parts — a $5 trillion asset manager with a market cap of $52 billion.

And now, BlackRock has rolled up San Francisco-based FutureAdvisor out of petty cash. BlackRock, which earns more than $800 million per quarter, paid $152 million for the robo-advisor — or about two weeks worth of cash flow. 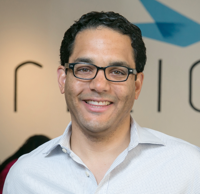 Brad Matthews: The BlackRock deal is
watershed moment in the robo-advisor movement.

FutureAdvisor’s decision to bail on its vision of taking the Silicon Valley express to greatness as a next-generation financial advisor comes down to simple math. The firm had $21 million of VC capital invested and a $152 million payday is a good return on that amount — especially when you consider that its asset growth had stalled out at around $650 million and it was rapidly burning through cash, according to Will Trout senior analyst at Celent LLC.

“The FutureAdvisor guys did good to get out,” Trout says. “They’re the winners in this.” See: FutureAdvisor responds to Schwab’s market entry with a truly free offer and big backing from Fidelity and TD Ameritrade.

The math gets even simpler when you examine the burn rate, according to Lex Sokolin, principal of New York-based wealth manager Vanare LLC and Nest Egg Wealth Inc., a wealth management platform. See: An insider reveals turbo-contents of the In|Vest conference in New York, a summit of VCs, robo-founders and big banks.

“With 50 bps in fees, it generates about $3 million in revenue (not accounting for free services and discounts),” he emails. “And it is unlikely that a standalone robo-advisor that is trying to win the market is profitable until AUM of $5 billion to $10 billion. With a staff of 50, the cost structure is probably $5 million to $10 million in compensation and other personnel expenses.”

Insiders say Silicon Valley venture capital firm Sequoia Capital drove the sale. (The shared parent of Fidelity Investments, FMR, was a big original investor). Sequoia partner Alfred Lin, former chairman of Zappos, sits on FutureAdvisor’s board of directors. Lin, also on the Airbnb Inc. board and that of a host of other startups, has a reputation as a master negotiator. According to TechCrunch, Lin helped effect Zappos’ later acquisition by Amazon.com Inc. for $1.2 billion. Lin also consulted with Tellme Networks Inc., a telephone services company, when it sold to Microsoft for $800 million. 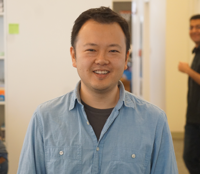 But the interesting wrinkle here is that BlackRock might also be a big winner — even by its own as-measured-in-trillions-of-dollars reckoning.

What “BlackRock guys know” is how to deliver what clients need — risk management — even if said clients think what they want is absolute return. See: How Google Love can put an RIA onto an equal marketing footing with BlackRock.

In other words, BlackRock got to its lofty perch as the world’s biggest asset manager by being much more of a hedge fund manager. It has always sold asset management and risk management in bundled form through BlackRock Solutions, a 2,000-employee unit, a risk management subsidiary. See: Unfazed by its misfire, BlackRock is taking a second shot at the 401(k) market, this time with a whiter hat.

The risk of risk

FutureAdvisor will be part of that unit — in a thoughtful pellet-of-uranium sort of a way, according to Steve Winks, principal of Sr. Consultant in Richmond, Va.

“BlackRock has cracked the code on the industry providing individualized [fiduciary] advice,” he writes in an email. “Mutual funds can’t because they can only provide generalized and very narrow investment mandates defined by prospectus. Broker-dealers can’t acknowledge or support advice because they fear fiduciary liability. BlackRock solves these impediments to advisory services innovation with the acquisition of FutureAdvisor. BlackRock accomplishes this without the broker-dealer having to exercise investment acumen. And it is free for brokers to use.”

BlackRock’s winning streak can be traced back to its long-held habit of managing its own risk as zealously as that of clients — a good example being when it bought iShares from Barclays Global in 2009 for $13.5 billion, perhaps a bargain rate given the state of the markets at that time. That was an effective straddle of the high margin but endangered the actively managed asset-management world and the smaller, lower-margin but burgeoning, passive index market. See: How BlackRock plans to grow iShares using advisors as one key. 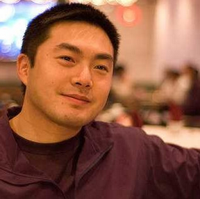 But now iShares itself faces some risk of disruption with the advance of robo-advisors that perform automated investment management. See: How BlackRock plans to grow iShares using advisors as one key.

The good news about robo-advisors for Fink is that the term is almost synonymous with distributor of exchange traded funds. BlackRock controls 38% of the ETF market. The bad news for Fink is that robo-advisors don’t seem to favor iShares to the degree that classic RIAs do. RIAs appreciate the size, quantity of choices and quality of iShares, as measured by liquidity, close-tracking of benchmarks and minimized taxes. See: Mark Wiedman vows to ETF managers that BlackRock won’t compete (directly) in the asset allocation game.

Robo-advisors are less nuanced and more impervious to brands. They seek to build portfolios out of the cheapest materials for the plainest vanilla investors — the mass affluent. In this model, every basis point takes on a magnified importance in this hyper-commoditized arena.

Two of the top four robo-advisors — Wealthfront Inc. and Vanguard Personal Advisor Services — use Vanguard ETFs almost exclusively, part of the reason Vanguard, a late entrant to ETFs, has been gaining market share — nearing 20% — for a while. Schwab Intelligent Portfolios, the robo-advisory of Charles Schwab & Co., also favors Vanguard ETFs when it’s not favoring its proprietary ETFs, which tend to be even cheaper. See: Coming from behind, Vanguard is gobbling up ETF market share.

New York-based robo-advisor Betterment Inc. declined to respond to a request for information about which ETFs its algorithms gravitate toward. 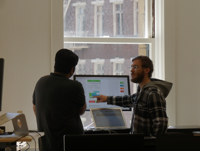 FutureAdvisor looks out through its loft
window to the BlackRock side of
Market Street.

This is a really big problem if you believe that proximity to the end-customer implies pricing power.

That said, it seems probable that BlackRock now intends to use FutureAdvisor not for retail distribution, but rather as an internal resource and technology tool to help it better serve its RIA, brokerage and other institutional customers in their quest for investor dollars. But BlackRock’s path to becoming the robo-inside of its enterprise clients may face other obstacles, according to Trizic’s Matthews, whose robo-advisory technology business is aimed at banks and other large financial institutions.

“It isn’t easy to re-skin a B-to-C company [like FutureAdvisor] and turn it into a B-to-B company,” he emails. “If the architecture and the technology are built for a B-to-C solution, it’s virtually impossible to pivot and create a multi-tenant, enterprise SAS solution. Also, FutureAdvisor built a team to power a retail business, not an enterprise technology platform. You have to throw all of that away when you become a B-to-B company.” See: How Jon Stein plans to make the most of $45 million of VC money in remaking the RIA business.

Trout disagrees. “BlackRock can handle it,” he says. “The front-end of FutureAdvisor is what is valuable here: I’m talking about digital/seamless onboarding, robust aggregation and CRM capabilities that extend to retirement assets. Remember, Wealthfront maintains 'blinders’ to all assets outside its purview and so enables a 360-degree perspective on the client and holistic advice.” 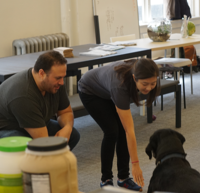 My black dog loved his visit
to FutureAdvisor, and BlackRock executives also
fell under its ethereal spell.

Both FutureAdvisor and BlackRock declined to respond to requests for comment.

FutureAdvisor came into being as a 2010 start-up venture of two ex-Microsoft engineers, Bo Lu and Jon Xu, in the Y Combinator. The bulk of their $21 million of financing arrived only last year in a $15.5 million raise headed by Sequoia, which valued the company at $75 million at the time.

BlackRock nation seemingly wasn’t its destiny at the time.

In May 2014, CNBC reporter Eric Rosenbaum concluded an interview (as noted first in Trout’s blog with FutureAdvisor) with Lu by asking, “So who acquires FutureAdvisor ultimately, or who do you become?”

Replied Lu: “No one acquires us. We become the next-generation financial advisor.”

Brooke, Google “Betterment 13F” and you’ll get the answers you wanted on the ETFs they use.

Ask WorkDay about B to C vs B to B. WorkDay has done very well and they go out of their way on their roadshows to talk about how they took cues from Google and Amazon, not SAP. They know something about this, their engineers built PeopleSoft for B to B in the 1990s.

If Blackrock has a problem its because its systems were built during a different era.