Brooke’s Note: In looking over the remarks of market seers regarding Janet Yellen’s standing pat on interest rates, I could find none more pointed than the ones by Roger Aliaga-Diaz of Vanguard Group. What caught my attention was not only how detailed and indicting his comments about Yellen’s decision were, but who the economist’s employer was. Vanguard is known for many things but stirring things up is not one of them. I asked Aliaga-Diaz if I was just imagining this shift in the company’s persona as demonstrated by his Fed critique. The answer, In short, was no. “We are being more outspoken. We believe we need to comment on the issues that are important to investors. Even long-term investors are concerned with the developments we’ve seen,” he says. What makes it “a delicate balance,” Aliaga-Diaz adds, is that Vanguard does not want its willingness to speak out to investors to imply they should take action. Still, the company is showing in two ways that inaction is not always an action that should be tolerated.

The Federal Reserve has fallen victim to the same forces as the most inexperienced of investors — believing that real-time market noise says more about the economy of the United States than fundamental indicators, according to Roger Aliaga-Diaz, senior economist for The Vanguard Group Inc.

The giant Malvern, Pa.-based financial firm put out a statement with his comments to that effect in response to the decision by the nation’s central bank yesterday to hold off on a rate increase.

In the statement, and in a subsequent RIABiz interview, Aliaga-Diaz said he liked neither the Fed inaction — he thinks rates need to begin a slow rise — nor the element of “paradoxical” reasoning behind it.

“We are concerned with the Fed’s acknowledgement of recent market volatility in its decision. The Fed runs the risk of being held captive to the markets, as, paradoxically, much of that volatility is due to the anticipation and uncertainty around when the Fed will move.” See: How interest rates have rolled since the first Thanksgiving and why the 'new normal’ under Yellen seems destined to last.

In essence, he’s saying that the group of government analysts we count on for dispassion seems to acknowledge that it is reacting to echoes generated in its own echo chamber. 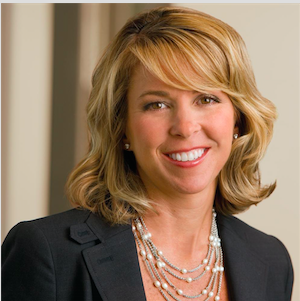 Schwab’s Liz Ann Sonders says the
Fed’s non-action on rates was unsurprising
but that its dovish accompanying statement
was.

In an interview, Aliaga-Diaz says that the Fed “moved its own goalposts,” particularly with regard to what traditionally picks up the slack in the economy — the utilization of the labor market. The unemployment rate is now at a median of 5%, down from 5.3%.

“Basically, we’re in full employment,” Aliaga-Diaz says. He adds that it is counterproductive to obsess over data related to the people who dropped out of the labor market after the last recession because they lost their networks or their skills became obsolete.

The Fed, he contends, can’t have any effect on those people through rate-setting and the phenomenon should be regarded as the kind of “scar” that’s left by any deep recession. See: The six key points about Wall Street’s surprising employment picture.

Also yesterday, Liz Ann Sonders, the chief strategist for The Charles Schwab Corp., released an almost purely data-based report on the Fed’s action, expressing no opinion. See: Liz Ann Sonders: Markets may have to tank before lawmakers step back from the fiscal cliff.

Still, a subhead on the article seemed to align her, in part, with Aliaga-Diaz on this matter: “The lack of a rate hike was not the big surprise, but the still-dovish accompanying statement was,” it reads.

Aliaga-Diaz comments the Fed’s statement seemed to miss the point of what a rate rise means in the current rock-bottom rate environment.

“This is not tightening. This is just moving toward normalization,” he says.

Karin Risi, who built $170-billion Vanguard Personal Advisor Services, takes new role and Matt Benchener is taking her spot as head of US retail for the $6.3 trillion manager

Risi now heads planning and still directly reports to CEO Tim Buckley and her 34 year-old understudy, Benchener gets her job at year's end.