The Chicago overachiever's deal is its third Silicon Valley acquisition overall, and second this year

Brooke’s Note: This article is still its formative stages but our reaction is not. Wow! Envestnet didn’t just buy a data company with ample revenues, myriad industry connections and made-in-Silicon Valley technology. It also acquired an international brand. Of course whenever a dazzling gem like Yodlee is part of a deal, the question has to be asked whether the emotions got ahead of reality. See: Envestnet stock plunges 35% after revealing Yodlee deal — so will it force a rethinking of the merger bid?. Envestnet’s executives are not shy about professing their great excitement about this deal, nor were they shy about shelling out big bucks. Envestnet paid a price nearly 50% higher than investors perceived its everyday trading worth. It could have rented the for a fraction of the cost. Jud Bergman is convinced that ownership has privileges — worth around $600 million. So begins an interesting pairing that’ll perhaps be transformational for many advisors if it all works — or a major distraction for Envestnet in being the back office of the industry if it doesn’t.

The deal between the Chicago-based outsourcer and the Redwood City, Calif.-based account aggregation software company is valued at $660 million. Because Yodlee has approximately $70 million in cash and cash equivalents, the transaction is assigned a value of about $590 million. The deal price consists of $10.78 per share in cash and $8.10 per share in Envestnet stock and is expected to be funded with available balance sheet cash, Envestnet stock and up to $200 million in committed debt financing.

Yodlee has more than 20 million paying users and sells through 850 financial institutions, including 11 of the top 20 financial institutions like Bank of America, Merrill Lynch and Citi. It also counts PayPal, Personal Capital and Kabbage.com among users of its financial technology. Founded in 1999, the company has built a network of over 14,000 data sources and has 72 patents. With more than 975 employees worldwide, Yodlee generated revenues of $98.6 million for the 12 months ended June 30.

With all that market penetration on its side. Jud Bergman, CEO and chairman of Envestnet told analysts on Monday’s quarterly call that this deal is the big one.

“This will mark the eighth acquisition that we have done in the last six years and the most significant transaction in our history,” he said. “It epitomizes what we call a strategic acquisition and we expect Yodlee to exceed our own long-term growth target.”

Envestnet is buying Yodlee for much the reason that Morningstar Inc. bought ByAllAccounts, or Fidelity Investments bought eMoney Inc. — as a way of capitalizing on the rip-roaring changes occurring in billable financial advice. Advisors have long been curtailing transaction-based business. See: What to make of Fidelity Investments paying $250 million out of the blue for eMoney.

But now even investment management is becoming outdated as passive investments gain sway and robo-advice commoditizes rebalancing and asset allocation. See: What exactly to make of the big robo-advice deal that, according to Reuters, Financial Engines and Wells Fargo are nearing.

“At the core, what we will do together is enable financial advisers to drive better relationships and lifetime value,” said Anil Arora, Yodlee CEO, to the New York Times. “There’s an enormous transformation going on in financial services, and we’re going to accelerate that.”

Envestnet, which serves as outsourcer to 40,000 IBD reps, clearly sees value in this technology, paying more than double the sum Fidelity paid for eMoney and more than 20 times what Morningstar paid for ByAllAccounts. See: Why Morningstar’s purchase of ByAllAccounts might be a bigger deal than its paltry $28-million price tag shows.

Straight from the source

Powering the high valuation of Yodlee seems to be the “permissioned” nature of the financial data, which means it comes straight from the bank or brokerage where assets are held rather than being scraped off a screen. The quality of Yodlee’s data came to the fore when Inuit purchased Mint.com got purchased in 2010.
and began to use Intuit data instead of Yodlee’s. Chaos ensued.

Better data allows Envestnet to progress in seeking to provide tens of thousands of IBD reps and hundreds of RIAs a higher value proposition: seeing the big picture of held-away assets and empowering bidirectional data flow, according to Bill Crager, president of Envestnet in a statement.

“Financial institutions, advisors and investment managers using the Envestnet platform will be able to provide a more interactive and informative digital advice experience for clients, powered by an expanding array of data mining and predictive analytical tools.” See: Having won advisor assets, Envestnet’s next — more Google-like — play is for their smarts.

The combination began with a humble courtship with two companies discussing a commercial partnership for more than a year before coming to the realization that a marriage would be even better, Bergman told the New York Times.

Still, industry observers point out that the size of the Envestnet-Yodlee deal, particularly so close on the heels of others, brings associated risks of indigestion.

“The question is: Can they digest all this integration as they have grown primarily via acquisition and this is their biggest one yet,” one person familiar with the deal notes. 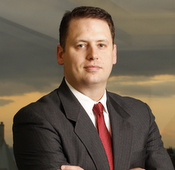 Though virtually all advisors have some ability to view accounts held away, that data is of limited use if it can’t be mined and viewed in various ways. Tapping Yodlee will allow Envestnet to gain access to a purer flow of data. See: Envestnet unbundles portfolio management software for RIAs and it won’t be a sideshow.

“The union of these two pioneers will enable investors and the advisors who serve them to access and make better sense out of their disparate and complicated financial data,” Bergman adds. “We believe this represents a quantum leap in accuracy and knowledge that will deliver better outcomes to improve the financial health of investors.”

The transaction represents the continuation of Envestnet’s growth strategy of rolling up smaller players and selling the technology to financial advisors who use it for separate accounts, turnkey asset management and portfolio accounting. Most recently it acquired two robo-advisors: Upside on Feb. 26 and Finance Logix on May 6. See: Envestnet acquires Finance Logix on heels of Upside.

But Yodlee is known well beyond the B-to-B world of financial advisors as a cachet that pops — which Crager was quick to note in a prepared remark.

“Yodlee is the preeminent name for data in financial services today,” he said. “The core of every financial transaction and every financial decision is data. The Yodlee platform brings together client permissioned financial data and analytics in unique ways to power personalized and dynamic financial apps and generate business insights.”

“It gives them more end-to-end control of the experience,” he says.

On Yodlee’s end, the deal accesses Envestnet’s direct and expansive relationship with the force reshaping financial advice — tens of thousands of independent advisors.

“This is an exciting combination for our shareholders, clients and employees,” said Arora, who will become vice chairman of the combined company’s board of directors and will be CEO of the Yodlee subsidiary when the deal closes.

“Yodlee has taken the lead in building out a digital ecosystem with leading financial institutions and financial technology innovators for consumers and small-to medium-sized businesses and Envestnet has done the same for advisors. The union of Yodlee and Envestnet will create a company unmatched in its ability to improve and simplify people’s financial lives around the world.”

Warburg Pincus owns approximately 26.9% of Yodlee’s common stock and the transaction is expected to close in the fourth quarter of 2015 or in the first quarter of 2016, subject to customary closing conditions. Envestnet and Yodlee will continue to operate separately until the transaction closes. See: How Warburg Pincus plans to grow The Mutual Fund Store several-fold.

For a deeper dive on this subject, see the thoughts of Michael Kitces

Yodlee has come a long way from screen scraping. It positions Envestnet to empower advisors to discern whether a recommendation adds value in the context of all a client’s holdings. This is the threshold question in advisory services, not routinely addressed in a brokerage format. It is literally individualized advice required for fiduciary duty. The Yodlee/EnvestNet combination bodes great things for advisory services. Now all that left is a simplifying authenticated prudent investment process in support of fiduciary standing which would remove confusion in brokerage circles as what is in the clients best interest, removing fear of fiduciary duty.

For the record, “virtually all advisors” do NOT “have some ability to view accounts held away.”