The RIA founded in 2005 made out of spare parts of E&Y and PWC needed a blue chip succession plan from the Beverly, Mass. asset management roll-up

Brooke’s Note: From what I gleaned, no sooner did John Copeland walk out the door to go on a European vacation than this deal got signed. The head of AMG’s young RIA roll-up had wry comments about that unfolding of events. But no matter. This July 13 deal has unfolded over the course of years and its signing, like all signings, was a matter of formality. But that doesn’t take away from its significance in showing that AMG is a growing force in acquisitions in a niche made up of 100 RIAs with a half a trillion or more of assets managed.

But that more-gaping-than-you’d-think difference is looking less and less like a big deal to Affiliated Managers Group.

AMG Wealth Partners LP clinched a deal to acquire a majority stake in a $7-billion-of-AUM RIA formed largely from the discarded but esteemed wealth management units of Ernst & Young and PriceWaterhouseCoopers.

The company previously added $5 billion by closing on the purchase of Baker Street Advisors LLC of San Francisco. See: AMG is suddenly among the RIA roll-up elite after the Baker Street deal pushes it past $25-billion of AUM.

The deal, announced July 13, underscores that AMG has established itself as an alpha predator for the top half of the top 1% of RIA firms in the United States, according to John Furey, principal of Advisor Growth Strategies, LLC of Phoenix.

“AMG is seeking to partner with the very best in the industry. I would imagine their addressable market is less than 100 RIAs nationally. So clearly they are trying to build some cachet with RIA owners.”

myCIO’s clients include 48 former and current chairmen, CEOs and presidents of S&P 500 and Fortune 500 companies, according to its website. The RIA has 30 professionals who advise families, endowments, trusts and retirement plans in addition to corporate executives. myCIO is one of a handful of RIAs with a reputation for ably handling corporate executives in bulk including Goldman Sachs-owned The AYCO Co. LP and Aspiriant LLC. See: How a swath of billion-dollar-plus RIAs are posing a threat to indie advisors.

But though myCIO ably handles the oversight of the multi-generational fortunes of barons of commerce, its own house needed some re-ordering, which the firm decided that AMG could do on its behalf without becoming part of a bank or mono-branded roll-up. myCIO will continue to do business under its own brand.

Autonomy with an 'A’ 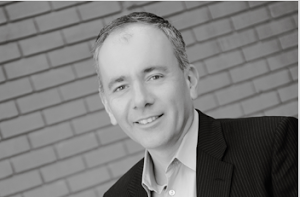 John Furey: I would imagine their
addressable market is less than 100
RIAs nationally.

“Our partnership with AMG Wealth Partners allows us to continue our focus on serving clients, while ensuring our long-term independence and autonomy,” said myCIO senior partner David Lees, former head of the E&Y wealth advisory practice, in a statement announcing the deal. “Jim [Biles], Paul [Bracaglia] and I are excited by this opportunity to elevate our key next generation advisors to partners in the firm.”

Indeed, for John Copeland, CEO of AMG Wealth, the deal reveals AMG’s ability to make a company last by completing the work of creating a succession plan.

“We hope to bring a permanence to these boutique firms,” he says. See: Two Silicon Valley RIAs marry their practices to lay the groundwork for succession.

The partners at myCIO range in age from early 40s to mid-50s, giving the succession plan plenty of time to settle before partners might choose to retire, according to Copeland.

Copeland says the deal evolved slowly in the sense that he has been courting myCIO for a number of years. And yet, the papers got signed with a speed unforeseeable enough that he was in France on vacation when it all came down.

The fact that an AMG Wealth, founded in 2011, is making good in the mega-RIA market speaks to how big and sophisticated the industry is becoming, according to Furey.

“This speaks to the industry’s growth and incredible success over the last 10 years. I think the AMG deals are notable given AMG is a very well financed, publicly traded firm that sees the RIA industry as an attractive investment in terms of valuation and cash flow.”