Black Diamond partners with MoneyGuidePro to create a turnkey product

David Welling also adds Salesforce, Redtail and Junxure to a bundle that mimics Tamarac and Orion in creating foolproof integration

Monday, June 15, 2015 – 3:30 PM by Brooke Southall
Admin:
6 Comments
David Welling: eMoney has undergone a transformation from planning to a platform. We want Black Diamond to be your platform.

Brooke’s Note: Musical chairs is a fun game but I still recall the despair of launching myself, derriere first, toward a seat that was already filled with a fellow second grader. With Fidelity grabbing eMoney, Envestnet grabbing Finance Logix, Northwestern Mutual grabbing LearnVest and Advicent grabbing Figlo — all in a short space of time — companies with designs on becoming platforms could be forgiven for feeling the second grader’s panic of shrinking chair choices. Financial planning firms with no steady mate are rarer than Galapagos tortoises — right inStream? Now Advent Software has locked down MoneyGuidePro in its bid to make Black Diamond into more of a command center, less a straitened recorder of investment gains and losses. The San Francisco-based advisory giant doesn’t own MoneyGuidePro but it has a cozier relationship — something that has been anathema at Advent until now. Luckily, Advent has learned to trust Black Diamond’s chief, David Welling, who continues to make the Jacksonville, Fla. subsidiary purchase sing — even while caught in the limbo of an unfinished merger with SS&C. See: How SS&C muscle might be just what the Black Diamond and Advent Software doctor ordered.

Black Diamond Performance Reporting software will now be sold as part of a bundle whose major outside component is MoneyGuidePro — eMoney’s biggest financial planning rival.

Departing from the traditional practice of its parent firm, Advent Software, the Jacksonville, Fla.-based software company for RIAs and independent broker-dealers has forged an integration deal with MGP for its new Black Diamond Link product.

But that’s not all: Black Diamond Link will also accommodate Salentica, Concenter Services LLC (XLR8), Junxure Cloud and Advisors Assistant with Redtail Technology Inc. as the CRM leg of the stool.

AdvisoryWorld will provide the proposal generation and analytics and rebalancing will be done by Black Diamond itself.

From planning to platform

The news comes on the eve of Advent Software’s national conference in Las Vegas (to be covered by Tim Welsh, stay tuned) but years after two major Black Diamond competitors — Seattle-based Tamarac and Orion Advisor Services LLC of Omaha, Neb. — found the bundling strategy effective and responsive to the demands of financial advisors.

Stuart DePina, group president of Envestnet | Tamarac, who manages the long-term growth strategy of Tamarac, is surprised about how long it took Advent Software to get to yes on this strategy.

“For years they’ve said, bundling is not a smart strategy; it’s better to be great at one thing. They’re right but that one thing is a platform.” See: Tamarac doubles down on Microsoft to be more like Salesforce.

David Welling, senior vice president and general manager of Black Diamond, seems to agree. “eMoney has undergone a transformation from planning to a platform,” he says. “We want Black Diamond to be your platform.”

Already Black Diamond had 100 firms using its new Investor Experience, which was rolled out earlier this year, he adds. Black Diamond serves more than 650 advisory firms that manage more than $300 billion in assets. See: In a T3 teeming with deals, eMoney’s Edmond Walters owned Dallas. 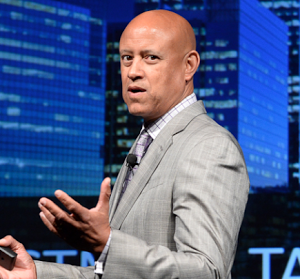 Stuart DePina: For years they’ve said,
bundling is not a smart strategy;
it’s better to be great at
one thing. They’re right but that
one thing is a platform.

Though Advent has bundled in a few other companies, it has not fully relinquished its best-of-breed rhetoric.

“The goal of Black Diamond Link is to provide advisors access to best-in-breed technology through one seamlessly integrated platform,” says Welling in a release. “We’re fortunate to be able to collaborate with other well-respected technology firms as well as successful advisory clients to create solutions that support their evolving businesses as the industry continues to experience change.”

The bundling strategy is currently so hot that Orion president Eric Clarke says that Black Diamond’s new offering will succeed even though it trails his firm by a couple of years, and Tamarac by six years, in this regard.

“There is demand out there,” he says. “It’ll be well received.” See: How Orion Advisor Services became a mobile device pioneer and how competitors plan to react.

DePina agrees, saying that these days it’s a rare firm that wants to take on the task of managing multiple vendor relationships. See: Can the new Envestnet-Tamarac Godzilla take on the Advent-Black Diamond King Kong?.

Greg Friedman, president of CRM Software that makes Junxure says it is gratifying to see the big players falling over themselves to provide good integrations or what he calls “true data sharing — or actually creating an action in MoneyGuidePro or CRM software.”

Still, he adds that if integration were the holy grail, IAS would have walked away with the business years ago. See: A $3.4-billion, TAMP-owning RIA buys Interactive Advisory Software, removing the VCs and plunking in a CEO.

Welling says his firm’s integration differs from Tamarac’s in that it offers a larger number of outside vendors. Tamarac uses in-house software for everything, though Microsoft is behind its CRM and Schwab forms the core of its reporting software. See: Tamarac picks second Microsoft partner to handle spike in demand from big RIAs.

DePina counters that his firm works with more outside vendors than it is generally given credit for, including MoneyGuidePro. An application programming interface is available for Junxure and SalesForce Inc., he adds.

Still, Clarke cautions against becoming too bundle-happy because the model has an Achilles heel — if a client is unhappy with any one portion of the bundle then the whole software system is under a black cloud.

“That’s the counterpoint of any bundle,” he says. “Advisors [with no bundle] can replace a part any time they want.”

But DePina points out that not all bundles are created equal and that over the years his firm has removed system bugs and ironed out workflows on a highly customized basis. “We have 800 firms and there are probably 600 ways to do things.” 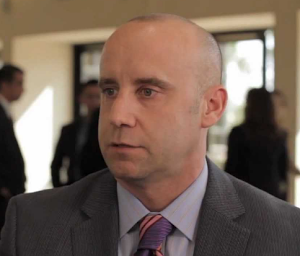 Eric Clarke: There is demand out
there. It’ll be well received.

Advent will have sufficient opportunity to walk its clients through these issues this week in Las Vegas when 1,000 attendees gather at AdventConnect 2015, the firm’s annual conference. There, Advent will unveil its overhaul of Blue Sky, Black Diamond’s core product. Blue Sky was launched in 2010. See: What four beta testers of Black Diamond’s new software have to say about it.

The new Black Diamond wealth platform uses the latest in HTML5 programming with “mobile-first” responsive design so that it can now be used in traditional web browsers or via tablets, phones and other mobile devices. The new product is dubbed BD3 by clients and the development team, as it represents the third generation of the Black Diamond platform.

This latest iteration better connects clients to their information and to their advisors, said Chris Whiting, the chief operating officer of Moneta Group LLC in Clayton, Mo., in Black Diamond’s release.

“The Black Diamond wealth platform gives us another means to communicate and collaborate that fits our high-touch philosophy,” he says. “As technology advances, people will expect this capability, especially the next generation. We’re happy to see how the platform has evolved to enable advisors to interact with their clients whether or not they’re together.”

Of all the elements in the new platform, Welling is most excited about the dashboard, which he says finally does what a dashboard should: shows a host of information from multiple applications on one screen but also allows the advisor to interact bi-directionally with that data to avoid data mirages. For example, if a client paid a million dollars for a house, this new platform would immediately reflect that client’s changed financial reality.

“These are the kinds of details that don’t show up that advisors deal with every day,” Welling says.

As for the platform services provided by RIA custodians, Clarke says that despite the fact that they work “beautifully,” they have become something of an anachronism.

“Most advisors are multi-custodial so an independent bundle works better,” he says.

Raw technology without the simplifying context of an expert authenticated investment process can not achieve continuous, comprehensive counsel required for professional standing in the fulfillment of the advisors fiduciary duty. All the technology cited has merit and performs an important task but until it is integrated into an easy to use process in support of expert fiduciary duty, the advisor is put in an awkward position of having to understand the holes and how to fill them. The free market will evolve such a system because it is in the consumer’s and advisors best interest. 90% of the value added is achieved in the last 10% of the innovation essential to serve the best interests of the investing public.

Important technologies are cited here but the executing them in a usable expert system is beyond the scope of the typical advisors experience and beyond appetite of custodians and broker/dealers who fear being prescriptive in their advisory services support because by extension they assume fiduciary liability for the advisors who use their services. A new type of advisory institution must emerge to assume market leadership in advisory services.