The price paid is about right, experts say, but in the hands of the giant, it could be worth more -- or less

Fidelity Investments is paying a price for eMoney that is in keeping with other valuations and deals done in the wealth technology business, but the shock expressed by some people around the industry has been sky high.

The Boston-based investments giant is [reportedly] paying $250 million for the Conshohocken, Pa.-based planning software technology company. It looks like magnificent a horse trade for Edmond Walters, founder and chief executive of the 270-employee company.

eMoney Advisor was acquired by Cherry Hill, N.J.-based Commerce Bancorp for $32 million in stock in 2006, at which time its revenue was reported to be $10 million. It was sold back to Walters and other investors about when TD Bank bought Commerce Bancorp in 2008 for an undisclosed amount.

This time Fidelity is paying more than $250 million for eMoney, about four times the software firm’s approximately $60-million in revenue, according to the Philadelphia Inquirer. This price is an eye-popper for an RIA business accustomed to smaller deals.

But the price is in line or maybe even lower than what some like companies have been valued at.

“The ask price on many of these wealth management technology deals is five times revenues,” says Dan Seivert, chief executive of ECHELON Partners, an M&A firm based in Manhattan Beach, Calif. “You have to keep in mind that Envestnet trades at seven times revenues, and many people know this.”

Other points of reference include Actua paying $200 million, or five times the revenue at FolioDynamix, and Envestnet agreeing to acquire Placemark Holdings Inc. for $66 million in cash, more than four times its $15 million of revenue.

Yet unlike some of these other deals — including TA Associates’ acquisition of Orion and SS&C’s purchase of Advent — eMoney sent the advisor business into a bit of a tizzy perhaps unrelated to the sale price.

Joe Duran, chief executive of $10-billion United Capital, weighed in by calling it a “watershed” deal in his Duran, Duran blog in InvestmentNews that could put the industry’s information into hands of Fidelity.

“This is a leap forward toward the Holy Grail,” he writes. “They will now know how much thousands of advisers have at every custodian and with every investment solution. That’s really powerful in the hands of their salespeople.” 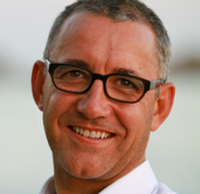 Joe Duran: They will now know
how much thousands of advisers have
at every custodian.

But a Fidelity spokeswoman, Erica Birke, says that her company will not leap toward the Holy Grail by putting eMoney data into the hands of its sales staff.

“Fidelity has no intention to use aggregated data from eMoney Advisor to directly solicit customers of eMoney clients,” she writes. “Fidelity adheres to strict controls and industry standards in handling customer data and the same safeguards will remain in place with eMoney Advisor as a Fidelity-affiliated business. At times, there may be a need for Fidelity to access certain customer data in connection with the provision of services by eMoney Advisor.”

She adds that Fidelity has a mature data management governance program which ensures that sensitive information remains secure and access is appropriately restricted. Indeed, Fidelity’s information security programs are independently audited through external SSAE16 reviews and internal audit reviews, and the company has achieved ISO27001 certification for control excellence.

“This acquisition was driven by listening to our clients about their needs and the needs of their end clients,” Birke adds. “Our goal in this acquisition is to fuel an even faster pace of already impressive growth for eMoney and to build smart and advisor-centric integrations with our core clearing and custody platform while never compromising the commitment to open architecture that is held dear by both eMoney and Fidelity.”

On Thursday, during a Charles Schwab Corp. winter update an analyst asked the firm’s top executives their opinions of Fidelity’s purchase of eMoney. Schwab executives said Fidelity was playing catch-up to them.

“This is an area we’ve been in for more than 20 years,” says Neesha Hathi, senior vice president of advisor technology solutions. “The step that Fidelity is taking will be interesting to see how they leverage this platform for RIAs. We’ve been in this space for years.”

One company that would potentially be concerned about Fidelity being invited into its kitchen is LPL Financial, where eMoney has been a massively integrated partner going back to a license deal signed between the two firms back in 2007.

But Brett J. Weinberg, LPL Financial’s senior vice president of corporate communications, says that his firm is confident that it will maintain a good relationship with a Fidelity-owned eMoney.

“While Fidelity is a competitor for our custodian and clearing businesses, they are also a partner of LPL Financial for our product and planning tools businesses. In addition, eMoney will continue to operate independently from Fidelity and is retaining their key talent at the executive and technical levels. We believe this acquisition will allow for the continued growth and success of eMoney, which will ultimately be beneficial to our clients.”

Weinberg adds that LPL is not beholden to eMoney.

“While eMoney’s WealthVision has a higher level of integration with LPL’s platform than other providers, LPL embraces independence and has approved 52 other financial planning tools for use by our advisors and institutions,” he says.

Indeed, if there is a company that might have competitive concerns post-eMoney deal, it would be Pershing, according to Franklin Tsung, principal of AppCrown, a New York-based software firm built around Salesforce.

“Fidelity’s acquisition of eMoney, in my humble opinion, is strategic to solve their ambitions around finding a great data management service for their end customers; the advisors and banks,” he writes in an email. “Don’t forget Fidelity has National Financial Services, too, with many regional banks already using a combination of NFS and eMoney. So eMoney proved valuable in more ways than just for RIAs, hence the hefty price tag for Fidelity to go up market and challenge Pershing Clearing, which I believe is Fidelity“s long-term ambition.”

National Financial won USAA, Mesirow Wealth Advisors and Prudential and will get an additional 100 firms transitioned from JPMorgan Chase & Co. as it exits the clearing business.

Indeed, Fidelity technology chief Ed O’Brien says already a third of Fidelity’s clients use eMoney, and his firm has plans to apply the technology broadly across channels it serves — including perhaps the retail and the 401(k) business. eMoney is being held under Fidelity Solutions, a central technology resource at the company.

The tone-setting quotation in that article was spoken to writer Liz Skinner by Vincent Barbera, managing partner of Newbridge Wealth Management.

Barbera added in the article that he fears he will become a second-class citizen.

“A potential concern is that if eMoney has new offerings and upgrades, will those only be available for the first six or 12 months to advisers with Fidelity?” Barbera said. “That would give those advisers a competitive advantage.”

Joel Bruckenstein, producer of the T3 conferences, says that he doesn’t believe that these fears have any basis and says that other custodians have purchased providers without angering clients. He mentioned TD Ameritrade’s acquisition of iRebal and Schwab’s acquisition of Performance Technologies.

Birke says that indeed eMoney customers should expect to be treated as well as ever and that while Fidelity bought eMoney for strategic purposes — including a better end-client digital experience and account aggregation — that the company is a profitable unit unto itself and that Fidelity is determined to keep it that way.

She adds that the merger idea was not concocted in a back room but rather by RIA clients who could see the jumpstart it would give to Fidelitys efforts to bring a clean and complete dashboard of information to advisors and their end clients.

Michael Kitces, a partner in Pinnacle Advisory Group, is positive about the eMoney deal in his blog.

Still, Kitces adds that what he likes best about eMoney is its dashboard, and he expresses hope that Fidelity may unbundle it from the planning software and sell it separately.

Fidelity will not unbundle it, according to Birke.

But Walter, the eMoney CEO, says that he is bundling in non-eMoney providers. “We’ve integrated MoneyGuidePro. People say they are our competition. We don’t care.”

This bundling approach may help eMoney with the RIA channel, where its penetration is still pretty low. “We are going to be aggressively selling in the RIA space like we have in the last couple of years,” Walter says.

For O’Brien, integrating eMoney’s capabilities is a big step toward taking Fidelity’s WealthCentral offering to a new level.

“Advisors were looking for things not solved by open architecture alone — including account aggregation, billing, performance reporting and data analytics,” he says. “In six to nine months we’re really stepping up where we want to take our technology.”

Brooke,
I wouldn’t agree that Fidelity is 20 years behind, I believe they are only behind on the robo feature and aggregation. They have to play catch up with Schwab and Vangaurd. The relationship with Betterment Institutional and Jemstep help, but it’s not the same. They need to turn eMoney into that robo for retail clients and offer their funds at a zero trade or lower the expense ratio. Also, I believe the Wealthfronts and others will struggle to compete long term with Schwab and Vanguard. Only time will tell. Anyone have a crystal ball?

First off, eMoney was maybe at best a $40million in revenue company. That puts the multiple much higher. Second, they were put up for sale by Guardian. They went to Investment Bankers and said send me the best deal, auction like. Third, Neesha at Schwab is correct, Fidelity is playing catch up. Fourth, Fidelity needed a client dashboard and the planning tool was a benefit. Schwab did something like 100,000 or more financial plans last year. Finally, the data is Fidelity’s now. There’s nothing unethical about them looking at all the data that they just purchased. Take it as opinion or an industry expert giving his two cents.

The best part about all of this is eventually the client will win in the end. And I believe that’s what we’re in business for, to help the client.

Thanks for all of those thoughts.

When you say that Neesha is right in her assertion that Fidelity is 20 years behind, do you mean
in terms of planning software or in terms of having an eMoney-like view of assets?