Brooke’s Note: I got a lesson in high finance in editing this article. But the concept is simple to hear LPL’s CEO and CFO explain it: We don’t need much stinking capital — now or ever. And we can return much formerly locked-away value to shareholders by dint of removing so much stinking capital from our balance sheet. Sounds good! But it also raised the eyebrows of Wall Street analysts from Credit Suisse and JMP Securities. That might be considered the bad news. The better news that it also raised the price of the stock — by about 7% thus far.

That agglomeration of activist investors — in concert with LPL’s new chief financial officer, Matthew Audette — not only convinced the Boston-, San Diego- and Charlotte, N.C.-based firm to buyback $500 million of shares but to do so in favor of a just-in-time capital model.

On last Thursday’s LPL conference call for analysts, Devin Ryan of JMP Securities dramatically underscored LPL’s lurch to leverage, reminding Casady that he had always made it a priority to make LPL investment grade.

In response, Casady renounced his former aspirations to blue chip status as thankless and fruitless after five years of playing by the old rulebook.

“There is no value in it. It’s not something that is going to drive economics for shareholders,” he said. “[Underlying capital structure] doesn’t really affect our business one way or the other. I think that’s what we’ve learned in being public for five years. What matters is how do we support advisors and investors, so that they can be successful in their outcomes.”

Casady’s come-to-leverage moment and the onslaught of hedge funds tenaciously buying up shares is no coincidence, according to Steven Levitt, managing director and co-founder of M&A firm Park Sutton Advisors LLC in New York.

“The purchases appear coordinated and intentional, and there will likely be immense pressure put on LPL management to make substantial changes, as seen with the announcement of the stock repurchase. LPL has experienced a series of struggles this year, including compliance issues that have hurt their bottom line and ultimately their stock price.”

Still, taking on leverage is shrewd investing — and good executive management — if there is ample reason to believe that the shares are poised for a big rise, Levitt adds. 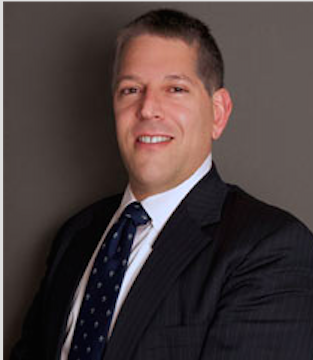 Steve Levitt: These activist funds investing
in LPL likely have further plans
for restructuring within the company to
jumpstart its stock.

“The key here is that the problems with LPL seem to be very fixable, making the stock an excellent undervalued target.”

LPL’s shareholder-friendly offensive came a day after RIABiz reported that appeared to have been stalked by an activist hedge fund “wolf pack” seeking to shake the company up. See: After stealthily buying up LPL stock, a 'wolf pack’ of activist hedge funds has a leg hold.

Since the repurchase was announced, LPL’s shares jumped in value from about $41 to closer to $44. At current share prices, LPL Financial is proposing to buy an eighth of its float — about 12 million shares.

With this new strategy, the country’s largest independent broker-dealer sought to stymie any activist impulses on the part of Marcato Capital Management, which took a widely publicized 6.3% stake in the company in September, and those of two other Bay Area hedge funds, FPR Partners and SPO Partners & Co., which have made even bigger purchases of LPL stock. FPR and SPO together own 19.3% of LPL; both have been known to take an active role in managing their portfolio companies.

The upshot: collectively, Bay Area hedge funds now own at least 31.5% of LPL. See: Why the San Francisco Bay area is almost certainly the capitol of the RIA business.

And these eight funds have all been consistently adding to their stakes. At the start of 2015, five of these funds owned 18%. A year before the most current SEC filings (the second quarter of 2015), FPR, Fairview, and HMI owned roughly 10.8%.

When asked why Bay Area hedge funds are so keen on LPL stock, the above-mentioned firms either declined to comment or did not return messages.

Given the fact that none of the hedge funds have yet pushed for representation on LPL’s board, it’s possible the wolf pack is receiving tacit support from LPL’s single largest shareholder, TPG. The San Francisco- and Fort Worth, Texas-based private-equity giant bought a 30% stake in the company in 2005, still owns 13.4% of shares, and has two seats on LPL’s nine member board of directors. See: As LPL Financial braces for a share sell-off and loss of two directors, a Citi analyst says it’ll be good.

Dan Inveen, principal at FA Insight, thinks LPL’s size and scale make it an attractive target for activist investors. These characteristics, he says, simultaneously put the company in the “best positioned to succeed” category while throwing up difficult new challenges like how to maintain past rates of growth “without blowing out costs.”

If hedge funds don’t think management is doing enough in this situation, they can theoretically step in, right the ship, and steer rejuvenated company to outperformance.

Hedge funds may stack the odds of the growth in their favor by getting LPL to juice the stock with leverage because the shares become cheap currency for making accretive acquisitions, according to Levitt.

“The firm is in an attractive industry for M&A, which opens up many options for the activist shareholders. Depending on their strategy, building up the stock increases their ability to use stock in a transaction.”

Credit Suisse’s analyst asked Audette to speak about possible risks to the newly levered LPL in light of his many years at E*Trade. See: LPL poaches E*TRADE’s CFO and turnaround specialist as its chief financial officer.

Audette responded that LPL was a “predictable cash production engine” with few capital requirements, and that he was confident the company wasn’t “overly risky” and would be able to support its new debt load while maintaining its flexibility. LPL Financial has $410 million in cash on its balance sheet and expects to keep at least $200 million allow for flexibility. To finance the buyback, the company announced it has increased its target leverage ratio to four times EBITDA. LPL’s debt leverage ratio was 2.7 last quarter. 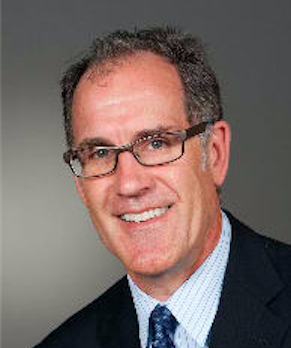 Dan Inveen sees LPL as 'best
positioned to succeed’ because, not despite,
the challenges it faces.

LPL CEO Mark Casady immediately added that LPL had operated at 7.5 times leverage after its 2005 buy-out, and that this new leverage challenge wasn’t such a departure from the norm if looked at in this historical context. See: In WSJ article, Mark Casady issues a series of mea culpas and positions LPL as a turnaround story.

But it was Audette who seemed to shoulder much of the burden of reassuring Wall Street analysts that blowing $500 million on share repurchases doesn’t leave the company vulnerable when making real capital investments.

“The business grows or shrinks; there’s not a bunch of balance sheet capital that’s necessary. So, it’s just a much more predictable cash production engine, if you will. And I think just lends itself to more leverage.”

Audette said the opportunity to dramatically affect LPL’s financing philosophy and balance sheet was a major attraction in luring him away from his lucrative and prestigious role as CFO at E*Trade.

“As I said earlier, this was one of the key factors that attracted me to the role,” he said on the call. “It’s quite clear that we are in a window of time when we can take full advantage of that flexibility to drive shareholder returns.”

Casady added that LPL is ready to increase its capital return to shareholders on the heels of a two-and-a-half years of of heavy investment in its IT infrastructure, “employee tools and toolkits,” and risk management department. The company had replaced 80% of internal systems, he said, and currently believes expense growth will slow to about 3% from around 8%. See: LPL installs a former Wells Fargo tech-meister as it races to replace software, RIAify itself, for 14,000 restive advisors.

Thursday’s announcement accelerates what was already a robust repurchasing program. LPL has bought back $141 million worth of shares this year and paid $72 million in dividends. Nevertheless, shares of the country’s largest independent broker-dealer were down 7.5% on the year.

In case any impatient shareholders weren’t convinced of LPL’s intentions regarding the buyback, Audette told listeners that the firm was planning to do it in a hurry. He said the independent broker-dealer was already working with bankers and advisors and planned to launch an accelerated share repurchase plan as soon as financing was secured.

“We are quite comfortable repositioning our capital structure and taking on more leverage,” Audette added.

Audette connotes the maturing of the independent b/d model. The race begins on who best supports the advisor in the consumer’s best interest. LPL does not have the heavy OSJ and product distribution overhead of our largest wirehouses and is poised to out execute major firms at lower cost in its support of advisory services—the only thing that really counts in the free market.
SCW
Stephen Winks