VC firm installs one of its own, a Lehman Bros. legend, to get Altegris in gear

After months of searching on behalf of Aquiline, Jack L. Rivkin decided to nominate himself

Thursday, March 13, 2014 – 3:53 AM by Brooke Southall
Admin:
1 Comment
Jack Rivkin: I interviewed lots of people for three to four months but nobody met all the criteria. I pulled a Dick Cheney and said: I can do this.

Altegris has hired a superstar of an earlier era in an attempt to make this era’s impossible possible — to sell hedge-type investments through RIAs in a bull market.

The La Jolla, Calf.-based alternative assets product maker with $2.5 billion of assets under management has experienced little or no growth in recent years as it underwent two ownership changes.

But Altegris, bought by Genworth Financial Wealth Management two years ago and now owned by Genstar Capital and Aquiline Capital Partners, which picked up Altegris as part of their purchase of AssetMark, is trying a new tack.

It is installing one of its own venture capital advisors, Jack Rivkin, 73, as chief investment officer, a position formerly held at Altegris by Allen Cheng. Cheng is the former head of fund of funds portfolio management for Bank of America Alternative Investments.

Rivkin’s duties and mission will be far broader than a typical chief investment officer. See: Genworth’s TAMP is bought up by two private-equity firms for $412 million.

The thinking is that Rivkin can bring some of the magic he was known for generating dating back to the 1980s when he famously took the investment research department of Lehman Brothers from a laughing stock to being one of Wall Street’s best. The story of his managerial achievements was subject of a Harvard Business School case study, “Lehman Brothers: Rise of the Equity Research Department,” 2006. 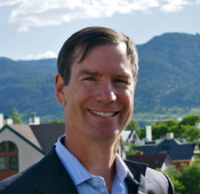 Charles Goldman: Success for Altegris will
be defined by its ability to
launch new products and gain distribution
in numerous channels beyond what they
have been able to do with
managed futures.

“Jack adds considerable product development and manager selection skills,” says Charles Goldman, chief executive of AssetMark of Concord, Calif. in an e-mailed. “Success for Altegris will be defined by its ability to launch new products and gain distribution in numerous channels beyond what they have been able to do with managed futures. They were incredibly successful with managed futures because of know how to build great products and distribution. They will continue to build on that legacy.”

From an asset-gathering standpoint, Altegris has been all about managed futures. Even today about 66% of its assets fit that classification, according to the company. See: A cottage industry of hedge funds-to-RIAs is springing up but so far the mutual fund industry looks like the big winner.

Man in the mirror

There is the sense of urgency at the La Jolla, Calif.-based alternative assets investment firm to move beyond managed futures as its chief product offering to liquid alternatives, namely its various long-short mutual funds. This has proved difficult because hedge products, as a rule, have been outperformed in bull markets of the last five years. Worse yet, from the standpoint of Altegris, is that it competes against pretender liquid alts that are actually invested in long positions. See: The hedge fund legal elite meet in NYC to wrestle with a terrifying new threat — RIA-like accountability.

The Rivkin hire follows a familiar script. The same firms, Genstar and Aquiline, bought AssetMark in the same transaction from Genworth and installed Charles Goldman, one of their consultants to deals, as the turnaround agent. See: Gurinder Ahluwalia to step out, Charles Goldman steps in, as AssetMark CEO.

Rivkin was involved in the Altegris deal from the start and then tried to install a chief investment officer who could double as a conjurer of new product ideas. That duty proved difficult until it occurred to him that he knew one person suitable for the post.

“I interviewed lots of people for three to four months but nobody met all the criteria,” he says. “I pulled a Dick Cheney and said: I can do this.”

What Rivkin needs to pull off will be no walk in the park, according to Rob Isbitts, chief executive of Sungarden Investment Research. 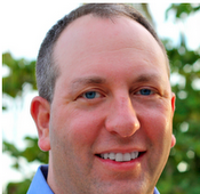 Rob Isbitts: When you look at
Altegris’ long-short equity fund, it looks
like a mish-mash.

“The biggest challenge for firms like Altegris is that there are too many layers,” he says. “When you look at Altegris’ long-short equity fund, it looks like a mish-mash.” See: James Surowiecki has lessons for RIAs about marketing’s mushy middle.

The problem with mash-ups is that they frustrate investors when the fund underperforms. Not knowing what ingredient of the fund is dragging it down gives investors a sense that they have lost control, Isbitts explains.

“It might be that Puerto Rican bonds blew up but you don’t know,” he adds. See: Top 10 alternatives to alternative investments for RIAs: 2013 edition.

Jon Sundt, chief executive who founded the Altegris in 2002, challenges the idea that his funds have mish-mash-like qualities and says that his managers have full visibility into what is going on inside the funds. “We know what’s going on there,” he says.

Still, Sundt allows that liquid alts are inherently challenged in the marketplace because Morningstar and other rating services have not adapted to cover them with any degree of sophistication. For instance, his long-short equity fund earned 12% return last year but only had 30% of its assets net exposure to long positions. The top fund in the category had a 14% return but had a 70% long position. Communicating these kinds of qualitative nuances is not easy. See: How CONCERT is leveraging a full-service alternatives platform to boost its carriage trade clientele.

“The long-term success of Altegris is definitely dependent on the quality of research, people and products [all strengths of Rivkin,]” Sundt says.

RIvkin adds: “Evaluating and managing investments and investment managers has been a focus of my career for many years.”

Even with the benefit of Rivkin’s experience, Sundt allows that Altegris may not truly see its growth take off until the market moves to make investors aware of big downside risk.

Wirehouses ahead of the curve 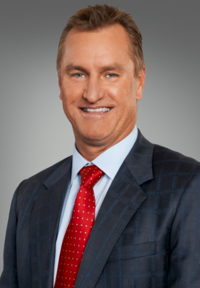 Jon Sundt: The long-term success of
Altegris is definitely dependent on the
quality of research, people and products
[all strengths of Rivkin.]

Sundt says he is unconcerned by the fact that Rivkin is in his eighth decade. Rivkin’s father lived to be 100 and that several of his family members are also prime examples of longevity.

Though Rivkin hasn’t made many changes since he tapped himself for the job in December, he says to expect to see new products and some prominent hires on the research side.

Investors can find alternative investments in a bull market, says Rivkin. He points to $55 billion flowing into 40-Act alternative funds and the success that wirehouses are having getting clients into these funds. He believes wirehouses may be more proactive about adding alternative assets to portfolios because they are institutionally conscious of the fiduciary issues that get addressed by putting such de facto portfolio insurance in place. See: AI Exchange to offer hedge fund-like investments in managed-account form through Schwab, Fidelity.

Though startups in firms seeking to build hedge fund bridges to RIAs are popping up everywhere, Rivkin believes that Altegris has the upper hand because of its 10-person research team, a 40-person sales team and positive cash flow.

But with a bull market that shows few signs of fatigue there could eventually be a shakeout.

“You wonder how long some of these firms can hold on,” Isbitts says.

If any firm is going to crack the code of product sales to RIAs it should me Altegris. While the bull market is a concern the uneducated and fragmented RIA industry is the primary concern.