Todd Morgan sold his practice to State Street the first time, bought it back and is now selling to an entity partially owned by the National Bank of Canada

Thursday, September 5, 2013 – 3:37 AM by Brooke Southall
Admin:
1 Comment
Todd Morgan: It wasn't our fault it didn't work out the first time. We would have preferred to stay.

Brooke’s Note: In my first career I sold small businesses for a living including a sandwich shop in Revere, Mass., that I sold three times for the same owner. Each time the two owners, who were Lebanese, would accept 50% cash down and take back a promissory note for the rest. These owners would then instruct the buyer that the key to keeping sales high was to use a certain kind of braided roll for the sandwiches — even though it required an inconvenient drive to a bakery in a neighboring town every day. The buyers would say: “yeah, yeah” and proceed to buy from the man with the bread truck who sold to all the other shops. The Revere shop would lose its customers, fail to make payments to the former owners, forfeit the business and it would soon be back as my listing — after having the right rolls reinstated. It turns out that such a cycle doesn’t happen only in sandwich shops. I have no doubt that Todd Morgan has gone out of his way to tell each of his buyers exactly how to succeed as owners of his wealth management practice. Let’s hope Fiera pays more heed than State Street appears to have.

Todd Morgan has pulled off a rare double play by selling his RIA, with $5.4 billion of AUM — and its associated brokerage — for a staggering sum, for the second time.

The senior managing partner of Bel Air Investment Advisors LLC (and Bel Air Securities LLC with another $2 billion of brokerage assets) is selling his financial advisory practice for $125 million to Fiera Capital Corp. — 12 years after he successfully sold a majority stake to State Street for $217 million.

The new deal consists of Montreal-based Fiera’s paying $115 million in cash — part of which will be held in a three-year escrow — and the remaining $10 million being paid in Fiera stock. Fiera’s major shareholder is the National Bank of Canada, which will ante up $31.4 million to maintain its pro-rata ownership stake after the transaction.

What’s remarkable is that the deal comes seven years after Morgan, on behalf of his company, successfully bought back Bel Air from State Street for an undisclosed amount that sources say was dramatically lower than the price paid.

'It wasn’t our fault’

Morgan declines to disclose the amount for which his firm bought Bel Air but says he took no pleasure in the tumult involved in the round trip. State Street had an offer for Bel Air from U.S. Trust — owned by The Charles Schwab Corp. at the time, according to Morgan. See: U.S. Trust advisor joins an RIA after surviving the firm’s sale to Bank of America.

“It wasn’t our fault it didn’t work out the first time. We would have preferred to stay. We could have been dragged along to U.S. Trust,” he says.

State Street paid the $217 million, in an equal combination of cash and shares of State Street common stock, in 2001 for 75% of Bel Air and 100% of Bel Air Securities LLC, its brokerage arm. As of Sept. 30, 2000, the company had $3.1 billion in assets under management for 200 individuals and families and $600 million in brokerage assets. It offered two primary investment products: large-cap-growth equity and core fixed income, and also invests for total after-tax returns.

Morgan says that Bel Air’s marriage to State Street was on the rocks only a few months after closing when the executive in charge of the deal on State Street’s side left the company. “We didn’t have any friends there [after that],” he says.

Bel Air Investment Advisors LLC is a Los Angeles-based investment management firm established in late 1997 to provide financial advisory and asset management services to high-net-worth individuals and families. It has 48 people on staff and about 12 advisors.

Its sale to Fiera looks to have good value and promise to both sides, according to Dan Seivert, CEO of ECHELON Partners.

“What’s great for Fiera is that they get a marquee property in one of the most affluent wealth management markets. There’s a scarcity of firms like this: in LA, with ultrahigh-net-worth clients in the entertainment industry. Bel Air gets liquidity, performance-related bonuses, a deep-pocketed partner, access to more investment products and a broader research team.”

Seivert believes that Fiera has a good RIA buyer profile because it is an investment manager at its core. See: AMG delves deeper into the RIA business with second deal — of $4-billion player in NY. 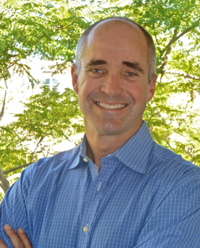 Dan Seivert: They have a better
success rate than banks or insurance
companies.

“They have a better success rate than banks or insurance companies,” he says, adding that as foreign buyers go, Canadian financial services firms tend to have a better working knowledge of U.S.-based firms in the industry.

Morgan’s first step in realizing two liquidity events for his company came 16 years ago when he broke away from Goldman Sachs & Co. to form Bel Air with Reed Halladay, 66, and Darell Krasnoff, 56, the latter of whom oversaw the Goldman Sachs private-client business in Los Angeles. Morgan had done the same in New York.

Bel Air takes clients aboard with a minimum of $20 million to invest and about 20% of its clients can be classified as part of the entertainment industry, Morgan says. The RIA uses JPMorgan Chase & Co. as its primary asset custodian and Advent software for portfolio accounting. See: Why some RIAs are jumping through hoops to custody assets with JPMorgan.

Within a year of breaking away from Goldman, Morgan and his partners brought over $1 billion of AUM and had $3 billion by the time of its 2001 sale. Since then it’s had modest annual compound growth — a factor that may have been paramount in choosing to test the M&A market yet again.

“We said: “Maybe we can grow the practice,’” Morgan says.

To get the growth-by-sale ball rolling, Bel Air listed its business with Silver Lane Advisors of New York, the M&A firm that aided First Republic Bank in buying Luminous Capital Holdings. See: First Republic pays a staggering sum for Luminous Capital, sources say, and shifts the breakaway and M&A games in the bargain.

The First Republic/Luminous deal was all-but unprecedented in size for a wealth manager combination — with State Street’s purchase of Bel Air as an exception — at the time. But the Bel Air deal is nearly a carbon copy: Both Bel Air and Luminous are formed of ex-Goldman brokers who built an RIA to more than $5 billion and then cashed in, for $125 million in each case, with a buyer with plans to expand the business. See: Merrill Lynch stars take a leap of faith to a new office — and independence..

Other former Goldman Sachs advisors are making big noise in the RIA marketplace. See: Why a $6 billion New York RIA is finally making its California debut.

Both the Luminous and Bel Air deals took place in the heart of Los Angeles. “We didn’t have to travel too far from the last one,” quips Liz Nesvold, principal of Silver Lane. (Nesvold sounds pleased about the deal but jokingly lamented the effect it had on her Labor Day weekend — and beyond: “It ate up a whole vacation.”) See: Why an ESPN sportscaster and comedian turned in his blazer to join a Los Angeles RIA — and why the firm took a chance on him. 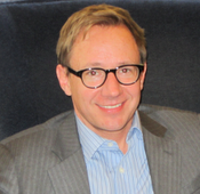 David DeVoe: A valuation of $125
million for a $7 billion ultrahigh-net-worth,
multifamily office wealth manager seems like
a fair or even good price
for the seller.

David DeVoe, CEO of DeVoe & Co., an RIA M&A firm in San Francisco, says that Silver Lane appears to have done a good job for its client. “A valuation of $125 million for a $7 billion ultrahigh-net-worth, multifamily office wealth manager seems like a fair or even good price for the seller.”

He adds that the buyer likely made out well despite the fact that UHNW assets typically have slimmer profit margins than HNW assets.

“The strategic value to a buyer like Fiera would help offset the likely compressed margins of an organization focused on such high-net-worth clients. Ultimately, it’s hard to comment on valuation without knowing the specifics of the cash flow, deal structure and a myriad of other details.”

Nesvold says that, indeed, the Canadian buyer viewed the deal strategically. “They’re still evolving market share when it comes to wealth management. That’s what’s exciting when it comes to Fiera.”

A call placed in English to Fiera’s Montreal headquarters (on a French-language voicemail) has not yet been returned. 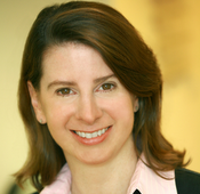 “We see tremendous growth potential in the U.S. private wealth and investment management market and these transactions fit perfectly with our plan to create value by becoming a leading North American investment management firm within the next five years,” Fiera chairman and chief executive Jean-Guy Desjardins, said in a release.

Desjardins serves as a director of Les Grands Ballets Canadiens de Montréal and the École des Hautes Etudes Commerciales. He is also a member of the board of trustees of Orchestre Symphonique de Montréal and is a CFA charter holder.

Big-time RIA deals by Canadian firms are starting to pile up — with the Canadian Imperial Bank of Commerce most recently getting into the act. See: What’s up with Invesco offloading its $20-billion RIA/trust firm to a Canadian bank — and at a bargain price?.

Bank of Montreal has its own big oar in U.S. waters. See: An $18-billion RIA tacks on a $24-billion U.S. Trust cast-off as the grab for UHNW magnets continues.

After having gone through the rigmarole with State Street, Morgan says he just wants this deal to work out and get on with a plan to grow aggressively with a big partner. See: State Street’s semi-secret success in the RIA custody business.

“What matters is today,” he says. “I hope to stay with these guys forever.”

These deals prove that the scarce commodity that drives high deal prices are the professional capabilities of the professionals NOT the brands of the firms that they work for OR that buy them.