As LPL Financial braces for a share sell-off and loss of two directors, a Citi analyst says it'll be good

Hellman & Friedman will shed all of its 12.6 million shares to 'partners' and TPG will reduce holding to 17% of LPL's float

Brooke’s Note: Thank you to Dan Seivert, CEO and managing partner of ECHELON Partners, for taking a late evening call to explain to me just exactly what a partner distribution is.

Hellman & Friedman, one of LPL Financial’s original private-equity investors, will distribute the remainder of its overall LPL holdings, 12.6 million shares of common stock, to “partners” — namely the institutions that funded the original PE investments.

In addition, LPL Financial’s other original private-equity investor, TPG, will distribute 4 million more shares to its investors leaving it with approximately a 17% stake in the big broker-dealer and RIA custodian. The total distribution of 16.6 million shares, which is expected to occur today (Aug. 15), represents approximately 16% of total shares outstanding.

Distributing to partners is not the same as the outright dumping of shares on the market though frequently the partners — such as pension plans — will choose to quickly liquidate distributed holdings from PE firms.

As part of Hellman & Friedman’s sale of its last shares, its two contributed board members are leaving. See: LPL to Wall Street types: We’re in phase three.

Both sellers have been investors in LPL Financial since 2005, and had a combined ownership of 61% of LPL’s outstanding shares at the time of its IPO in 2010. See: 10 reasons why LPL Financial could pull off a hot IPO in a cold market.

The distribution is a net positive for LPL in the eyes of Citi analyst William Katz because it reduces the concentration of ownership and frees up shares for repurchase.

Still, he warns that the share dump could create a temporary glut of shares for sale.

“We expect the actions to likely put ST pressure on the shares reflecting technical S/D impact of the distributions,” he writes in a note for investors. “2) we would expect idiosyncratic dispositions by LPs; and, 3) we expect TPG will eventually look to also shrink ownership to zero, leaving some further technical imbalance.”

Still, Katz added: “But, has anything fundamentally changed? No.” His price target for the shares is $45.

LPL Financial Chairman and CEO Mark Casady emphasizes that the exit of investors shows just how resilient his company has become. 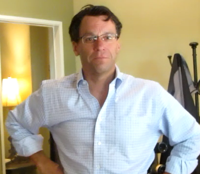 Chip Roame: I do think private-equity
thinking can be left behind in
management.

“The ongoing reduction of Hellman & Friedman and TPG’s respective ownership stakes has been a natural and expected part of LPL Financial’s maturation as a publicly traded corporation. Both firms have been exceptional partners since their original investments in our Company,” says Casady. “These latest distributions underscore how far LPL Financial has come since their initial investment. We are well positioned going forward due to the strength of our business model and industry leadership position.” See: The 19 ways private equity has juiced up the RIA business and how it’s working out.

Hellman & Friedman and TPG previously completed similar distributions, most recently distributing an aggregate of 12.5 million shares to their respective partners in May 2013.

As a result of the distribution, Hellman & Friedman is relinquishing its two seats on the LPL Financial board of directors, consistent with the terms of the shareholders’ agreement among the parties. The two LPL Financial board members affiliated with Hellman & Friedman — Allen Thorpe and Jeffrey Goldstein — are resigning from the board, effective upon completion of the distribution.

While no company loves to see millions of share dumped, it’s the loss of this level of expertise on the board of directors where LPL may experience the greatest long-term pain, according to Chip Roame, principal of Tiburon Strategic Advisors.

“I think the loss is the board members,” he says. “I do think private-equity thinking can be left behind in management.” See: Eavesdropping on the Tiburon CEO Summit: A cross-advisory channel power crowd converges on Wall Street Ritz-Carlton.

LPL spokeswoman Betsy Weinberger says the 10-member board still has two TPG board members, including lead outside director, Rick Schifter.

LPL also expects to buy shares of itself, and $198 million remains authorized for share repurchase, Casady added. The company has repurchased more than 11.8 million shares since its IPO.