Not without criticism, TD Ameritrade opens an 'insurance agency' for RIAs that want to provide annuities

Brooke’s Note: The whole country was outraged when what looked like an interception by the Green Bay Packers at the end of the Monday Night Football game this week was called a touchdown by the Seattle Seahawks. Guess what? The insult to our intelligence happened for the same reason that TD Ameritrade is going into the business of hawking annuities through RIAs. The smart referees who would never have made that call are home on their couch, on strike, because the NFL has told them it plans to convert their pension plan from a defined benefit plan to a 401(k) plan. In other words, these NFL refs are holding on for dear life to one of the last few vestiges of guaranteed income in American society. Now TD Ameritrade is seeing 8,000 Baby Boomers turn 65 every day who it believes, some way, somehow, would like to procure a slice of guaranteed income. And annuities appear to be the only game in town. But one annuity veteran questions whether TD is reading the market right or not.

TD Ameritrade is finally jumping on the annuity bandwagon, announcing yesterday that it was rolling out a nationwide program to offer variable, fixed and deferred-income annuities to RIAs through The Insurance Agency of TD Ameritrade LLC. While other major custodians, such as Schwab and Fidelity, have for years offered annuity products, which advisers mainly used to exchange existing or old annuities that clients already had for lower-cost versions, TD has historically referred RIAs with annuity needs to independent sources.

Now, however, TD is hoping to cash in on a business that is booming. With a growing number of clients closing in on retirement and taxes expected to increase, the demand for annuities isn’t going away — despite what some advisors may hope. See: Jefferson National passes the $1 billion mark selling annuities to the advisors who 'hate’ them most.

“There’s more and more of a need,” says Matt Judge, director of wealth management for TD Ameritrade Institutional. “We thought the time was ripe.”

But, Laurence Greenberg, president of Jefferson National Life Insurance Co., says that too many “advisor-friendly” annuities, such as Schwab’s, simply cut the commission and lower some fees instead of really providing advisors with an annuity product that addresses their needs.

“It has to be really part of the business, not on the side,” he says. “It fits into how they manage mutual funds.” 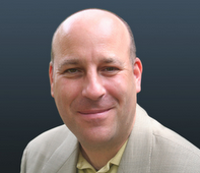 Larry Greenberg: RIAs understand tax deferral,
but they hate annuities. The focus
has to be on tax deferral.

A true RIA annuity, and what Greenberg believes will be the boom in the business, won’t necessarily look like the traditional annuities that TD, Schwab and Fidelity are offering. Annuities traditionally are products sold to clients for a lump sum that guarantee a set monthly income stream, typically with a lower rate of return than the client might see otherwise. Fixed annuities differ from variable products in that they pay out at a set rate whereas variable annuities are tied to the markets, typically through a set of underlying mutual funds.

However, new annuity products provide tax deferment on the returns, but don’t necessarily pay out a set guarantee. Lots of providers are still too focused on the guarantee, says Greenberg, but “that’s wrong” for RIAs.

Tax deferral is something that an increasing number of clients and RIAs are looking for, because taxes are expected to increase and because many RIAs had to use tax-inefficient strategies, such as alternatives, to weather the economic downturn, says Greenberg.

At the same time, most RIAs don’t necessarily need an income guarantee, because they see it as their job to manage the portfolio. RIAs have also traditionally criticized annuity products because of the large commissions paid off the top and the exit fees clients must pay if they choose to leave the contract early. See: The ABCs of doing due diligence on fixed income annuities.

“RIAs understand tax deferral, but they hate annuities,” says Greenberg. “The focus has to be on tax deferral.”

That tax deferral has to be combined with a wide choice of funds and a tech platform that integrates with what an RIA uses, says Greenberg. A recent report by Cerulli Associates Inc. argues that this RIA-focused annuity niche is coming into its own and will see significant growth in the next few years.

Jefferson National has what it believes is that product, Monument Advisor, a no-load, no asset fee variable annuity focused on tax-deferral. But, others don’t.

“There’s never been an annuity that meets the needs of the RIA,” says Greenberg.

What TD is offering

And that goes for the new slate of TD offerings.

While some advisors are interested in purchasing new annuities, the vast majority of products being sold by TD so far are simply roll-overs from existing annuities. Many clients come to advisors with annuities they’ve already bought, which frequently carry high exit fees. Without the option of leaving those annuities, most advisors choose to roll their clients into another, lower-fee version in what is known as a 1035 exchange.

“The best thing is to get them into a low-cost version,” says Judge. “The majority of business to date is 1035 exchanges.”

Those lower-fee options, which can still cost up to 75 basis points at some custodians, says Greenberg, are exactly the supposedly RIA-friendly annuities that aren’t so RIA-friendly after all. TD’s annuity fees will be a slightly friendlier 25 to 45 basis points.

While there is no custody fee, TD is the insurance agency of record on any of the annuities sold on that platform. Thus a portion of the disclosed fee on the product goes to TD.

“Like everything else, we look to make a fair profit on the products we provide,” says Judge.

RIAs can either build their own fee into the annuity directly, charge a financial planning fee that would account for dealing with the long-term planning of an annuity or work on some kind of retainer fee, says Judge. Some RIAs who have assets under custody with TD, for example, can and do purchase annuities directly from carriers such as Jefferson National,.

Earlier this year, The Hartford Financial Services Group Inc. withdrew from the annuity business in an effort to boost shareholder returns and raise profits — something annuities simply can’t provide in this market with their guaranteed payouts to clients and poor rates of return. In doing so, Hartford followed Sun Life Financial Inc., which in December announced it was exiting the U.S. market for annuities and life insurance, and John Hancock Financial Services Inc., which cut back drastically on distribution of its annuities last November. See: Is Hartford Financial’s market exit a death knell for the annuity crowd or just more Hartford haplessness?.

“[Insurers] just have a hard time having all that capital tied up,” Antonio Ferreira, managing director of Cogent Research LLC, said at the time. “In many ways, it’s a tough time for the annuity business.”

But, TD opted to enter the business primarily because at the same time that profits are dropping for many traditional annuity companies, who are being forced to cut guarantees, demand is on the rise from an aging client base looking for security in retirement.

Additionally, TD was simply watching money slip away as advisors looked to roll over clients’ existing annuities in 1035 exchanges. Most of the business it has seen so far has been in those exchanges, says Judge. “We’ve been happy with the results to date.”

Schwab and Fidelity have been doing 1035 exchanges for years, since converting existing products is relatively low-hanging fruit. They both also offer advisors the option of purchasing new annuities through their platforms — something that may expand as more RIAs look towards annuities for tax deferment. See: With tax deferral at a rising premium, DFA forms a deal with an annuity company focused on RIAs.

“We have long offered an array of third-party annuities to advisors and retail investors,” says Alison Wertheim, vice president of public relations at Charles Schwab & Co. “And as the demand for retirement income grows among investors at large, you can expect our commitment to meet this need will expand as well.” 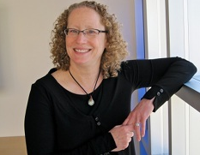 Alison Wertheim: You can expect our
commitment to meet this need will
expand

Shelter from the storm

Annuities came under fire again this year after a California insurance agent was sentenced to jail for selling an 83-year-old woman, who turned out to have dementia, an indexed annuity. See: How Glenn Neasham lost his house, was forced to go on food stamps and faces jail time after selling a senior an indexed annuity.

But, demand for the products has stayed steady and Judge says it has been on the rise with the aging demographics of investors. LIMRA numbers suggest fairly consistent annuity sales over the last 10 years with $240 billion sold in 2011, down from a high of $265 billion in 2008, but up from a low of $218 billion in 2003.

In entering the market, TD is simply the latest to capitalize on that demand — even if it might be jumping onto the wrong version of the train, without the focus on the truly RIA-friendly tax deferrals.

“A perfect storm is brewing,” says Pete Mangan, president and CEO of Shareholders Service Group LLC, a custodian that recently signed on to provide the Monument Advisor annuity product from Jefferson National to its 1,000 advisors. “They’re looking for ways to shelter income, shelter assets from taxes.” See: Charles Goldman will give a speech and Shareholders Service Group will make noise in the marketplace.

It’s just taking a little work to convince RIAs that an annuity is the way to do that.

Vendors sell what the’ve got, rather than listening to RIAs as to what they want. Granted, conventional products are more profitable for the manufacturer, but when a manufacturer actually supports the RIA with products more in line with the RIAs advisory and fiduciary duties, the conventional annuity becomes obsolete. Thus annuity manufacturers are playing a dangerous all or nothing game, Russian Roulette if you will, sooner than later a lethal; bullet will be in the chamber that will transform and reorder the industry in an instant.

As Harvard’s Clayton Christensen observes, the biggest mistake established companies make is looking at industry redefinning innovation in the context of their existing business model when a new business model is in order.

Pretty predictable. Manufacturers and distributors are only interested in products, the consumer’s and advisors best intererst are not even on the radar.

They will then wonder what hit them, feining surprise !