In what may be a first, an RIA brings on a psychologist as a financial planner

Any advisor can tell you that starting a dialog with a client about money matters can often end up as a discussion about broader life issues.

Loren Kayfetz, president of Personal Financial Consultants Inc., is hoping to close that advice gap for his clients by bringing on a financial planner with experience doling out life advice. See: Can the behavior of RIA clients be changed? Yes … but.

This past October, in an attempt to provide a more complete money planning experience to clients, Kayfetz hired Brad Klontz, a psychologist and newly minted CFP, to serve as a money coach and financial planner.

“Brad has a real keen insight into how people process and make decisions, determinations and react,” says Kayfetz, which allows him to listen to and coach clients on a higher level than most financial planners. See: What we all feared: 'Better’ disclosure yields worse results, according to Yale professor’s study.

While the field of financial psychology and coaching gained traction in the mid-2000s, Kayfetz says that to the best of his knowledge he’s the first advisor to bring on an accredited psychologist such as Klontz in a financial planner capacity. Kayfetz believes that the hire will pay off with better advice and services to existing customers and new marketing strategies. He notes that Klontz has already brought in new clients.

“He felt my skills could be a benefit to his clients,” says Klontz. See: Eavesdropping on the Women Advisors Forum: Rainmakers share their secrets. Hint: They revolve around finding a niche.

But, despite his other job as a psychologist and past experience advising psychology patients on money-related issues, Klontz, who received his CFP designation last month, won’t be offering psychology advice in his new role — just financial planning advice with a life-advice bent. And conflict-of-interest rules prevent him from managing the money of his patients.

Since the CFP certification was a mere formality at the end of years of study — many financial planners aren’t certified — Klontz says his work at Personal Financial as an associate planner and behavioral finance specialist has been under way since he started in October. 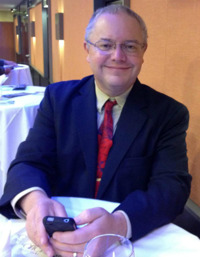 Loren Kayfetz: People have all kinds
of psychological issues with money.

Based in Emeryville, Calif., with an office in Kailua, Hawaii, Personal Financial has seven employees who manage $140 million in assets.

Klontz first started working with Kayfetz in 2008 delivering a series of talks for Kayfetz’s clients on money issues.

Subsequently, Kayfetz referred a client to Klontz for counseling. Conversely, Klontz would also sometimes have patients in therapy who he felt needed to be referred to financial planners.

But Klontz was never totally happy about not being able to serve all the financial needs of some of his coaching clients so he looked into becoming a certified financial planner. Moving into the financial advisory world was a “natural transition,” says Kayfetz, who signed Klontz on as a part-time, salaried employee of the firm, based out of the Kailua office. Klontz is currently bringing in his own clients from his connections in the community, but also working with other clients in a group atmosphere and giving marketing and coaching advice. Kayfetz says the hope is that Klontz will become a partner at Personal Financial in the near future.

A new kind of hybrid 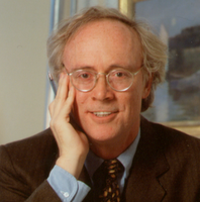 George Kinder: We don’t look at
the why not.

George Kinder, a Harvard University-trained CFP who also is a Buddhist teacher, says the trend of investment advisers providing financial advice that includes life coaching is “steadily growing.” Through The Kinder Institute of Life Planning, he provides, among other things, workshops, training and consulting services to financial advisors. Kinder says his institute has trained around 2,000 financial advisors.

“The link between financial advice and life advice is not new,” Kinder says. Advisors often find themselves in situations where clients need more than just tips on how to create a retirement fund. The question is simply how to address those issues. See: First, own all the risk.

Kinder, who is not a psychologist, argues that advisors have to address more than just a client’s finances. He makes the distinction, however, between life planning and financial psychology.

The recognition of these types of issues might mean an advisor realizes a client wants to have a better relationship with his daughter, which might mean working 10 hours less per week in order to spend more time with her. Once those kinds of goals are acknowledged, then the advisor and client can figure out how to make the finances work.

“You can’t do a good job advising someone around their money unless you know what they want and what makes them tick,” says Kinder.

How do you feel about that?

Klontz started his research into financial psychology after realizing he had plenty of his own undiagnosed money problems. Fresh out of grad school in 2000 with a degree in psychology and $100,000 in student-loan debt, Klontz grew envious of his friends who were making a killing in the stock market. Klontz sold his most expensive possession, his truck, put all his money in stocks, and promptly lost it all when the tech bubble burst three months later. “I made all the mistakes you can imagine, that behavioral finance talks about,” he says, including buying high and holding on to stocks far too long.

He wondered “how could I do something so stupid?”

The conclusion he reached: “The average American has a disordered relationship with money,” and the problems people have with money can be separated into four main issues: feeling that money is bad or undeserved; feeling that it will solve all problems; feeling that it is a status symbol and reflects your self-worth; and feeling that having money is shameful and should be hidden.

Accordingly, he developed a set of “money scripts” to address those problems. With his father, also a licensed psychologist, Klontz co-wrote Mind Over Money (Random House/Doubleday 2009) and developed Your Mental Wealth, an online system for people to diagnose some of their own problems based on those scripts. He became an expert in the burgeoning field, treating high-profile clients, like Wynonna Judd, with therapy and workshops. Brenda, his sister, also works with Klontz and his father in Klontz Consulting Group.

“People have all kinds of psychological issues with money,” says Kayfetz, who says he sees clients throwing away their money. “And you can’t stop them.”