SunAmerica, John Hancock and Hartford are all in retreat mode but trade groups say aggregated industry sales are still solid

Thursday, March 29, 2012 – 5:32 AM by Kelly O'Mara
Admin:
0 Comments
Anthony Ferreira: The second- and third-tier firms might have problems.

Hartford Financial Services Group is joining an industry rush for the door by withdrawing from the annuity business in an effort to boost shareholder returns and raise profits — something annuities simply can’t provide in this market with their guaranteed payouts to clients and poor rates of return. See: Study: Variable annuity providers show some gains in tackling RIA market.

Last week, the Hartford, Conn.-based giant insurance provider announced it will be exiting from the annuity and life insurance businesses to refocus on its property-and-casualty, group benefits and mutual funds businesses. As a result, it will be selling off its independent broker-dealer Woodbury Financial Services Inc, with its 1,600 reps, and its individual-life and retirement plan businesses.

In doing so, Hartford follows Sun Life Financial Inc., which in December announced it was exiting the U.S. market for annuities and life insurance, and John Hancock Financial Services Inc., which cut back drastically on distribution of its annuities in November.

“[Insurers] just have a hard time having all that capital tied up,” says Antonio Ferreira, managing director of Cogent Research. “In many ways, it’s a tough time for the annuity business.”

The moves come hard upon another piece of bad news for the annuities industry: This month, The Wall Street Journal reported on Lake (Calif.) County insurance agent Glenn Neasham, who was recently convicted on charges of felony theft for selling an annuity to an 83-year-old woman who turned out to have dementia. In a business that sells heavily to elderly clients, this type of conviction is a realization of advisors’ worst fears. See: How Glenn Neasham lost his house, was forced to go on food stamps and faces jail time after selling a senior an indexed annuity.

But, with interest in annuity products on the rise as recession-scarred clients become heavily risk-averse, annuity advocates say not only will the industry recover from these setbacks, but that the problems aren’t even problems.

“There is no bump in the road,” says Kim O’Brien, president and CEO of the National Association for Fixed Annuities. 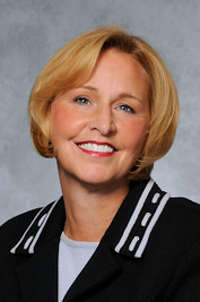 Kim O’Brien: There is no bump
in the road.

A different way of paying

Annuities are products sold to clients for a lump sum that guarantees a set monthly income stream, typically with a lower rate of return than the client might see otherwise. Fixed annuities differ from variable products in that they pay out at a set rate whereas variable annuities are tied to the markets, typically through a set of underlying mutual funds. See: The ABCs of doing due diligence on fixed income annuities.

Annuity products have also come under attack because of the large commissions paid off the top and the exit fees clients must pay if they choose to leave the contract early.

She uses the example of her 85-year-old mother, who bought an indexed annuity in 1979. For O’Brien’s mother, it made sense as she was getting older and wanted a guaranteed stream of income after her husband died. The agent was paid a 7% commission by the company at the time of sale because a one-time payment is less expensive for the insurance company. But, unlike other investments, the agent doesn’t earn ongoing commissions or fees after that.

“That’s the only time he earns money on that money,” she says. “It’s just a different way of paying.”

But that hasn’t stopped the industry from coming under fire for its practices. Companies such as Jefferson National Life Insurance Co. are attempting to shift away from the traditional annuity model and offer less-complex annuity products with a simple flat-monthly-fee structure. Fidelity Investments also offers a mutual fund product heavily favored by RIAs, says Ferriera, which provides a similar return and service to clients, but with low fees. See: Jefferson National passes the $1 billion mark selling annuities to the advisors who 'hate’ them most.

“RIAs are looking for a variable annuity that can strip out commissions, withdrawal penalties, extra costs and complex insurance guarantees,” says Jefferson National president Laurence Greenberg, “and instead provide an annuity that allows them to manage assets for their clients and leverage the power of tax deferral.” 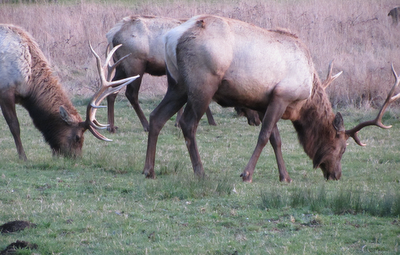 The Hartford is putting annuities out
to pasture.

Hartford reportedly is leaving the annuity business in an effort to address shareholder concerns — particularly those of its biggest shareholder, hedge fund manager John Paulson — and refocus on it’s traditional core businesses.

“The Hartford’s sharper focus will lead to an organization that, over time, will be positioned for higher returns on equity, reduced sensitivity to capital markets, a lower cost of capital and increased financial flexibility,” Liam E. McGee, the company’s chairman, president and CEO, said in a press release last week.

As of April 27, Hartford will stop selling new annuities and put its business into a run-off. It expects to take an after-tax charge of $15 to $20 million in the second quarter. Existing annuity contracts will be honored, says spokesman David Potter, but no decision has been made as to whether or not the run-off business will be sold.

No seller has been found yet for the Woodbury Financial business, but Ferreira says he thinks it will be sold to another independent broker-dealer because Woodbury is profitable and the fit would make sense and happen quickly. Hartford, he says, simply needs to sell something to generate cash flow. See: Why exactly private equity firms are dumping money into IBDs at a time when many are going bust.

Edward Jones announced that until details about the restructuring and individual life and retirement businesses are made clear, it is suspending sales of Hartford’s annuities and life insurance products immediately.

While the decision came as a surprise to wholesalers who were preparing to launch variable annuity products, analysts say the move was no shock given Hartford’s poor performance in the marketplace in recent years. Hartford Financial Services Group has no doubt been a disappointment for its shareholders. Its shares closed yesterday at $21.35, down from $69.12 as of the close on April 5, 2002 and down from a close of $105.34 on May 11, 2007.

Ferreira says that even as client interest in annuity products has waxed in recent years, the profitability of those products has waned. See: An inside look at why LPL Financial is leading the charge with fee-based variable annuities. With the equity markets what they are, he says, the funds that underlie the annuities simply aren’t making the returns they used to. At the same time, regulations require carriers to hold a certain amount in reserve to guarantee the payouts.

Other big annuity sellers, such as MetLife Inc. and Prudential Financial Inc., have “increased expenses and cut benefits,” says Ferreira, in an effort to address the same profitability problems. See: How MetLife Securities may use one new Philly rep to boost talent retention and development.

But, for Hartford, it made sense to just cut the cord.

Karen Eldred, a spokesperson for MetLife responded to Ferreira’s comments about her company by saying: “We are continually reviewing all of our product features to maintain a disciplined balance between customer value, risk and return.”

Prudential made an adjustment to its highest daily lifetime income variable annuity benefit over a year ago, says Lisa Bennett, a spokeswoman in response to Ferreira’s analysis of her company, but the daily benefit is the only one of its kind on the market. See: Big RIA cuts annuity companies out of the deal with new retiree program.

“Prudential Annuities remains committed to the annuity market, and we are comfortable with our overall risk profile, says Bennett. “Our primary objective continues to be one of sustained, profitable growth, with a strong emphasis on risk management.” See: Study: Variable annuity providers show some gains in tackling RIA market.

“It’s no big secret,” says O’Brien, that Hartford took a hit on its variable annuity business during the market crash in 2008 and was forced to take TARP funds from the government. “There was a lot leading up to this.”

O’Brien also points to numbers from LIMRA International Inc. suggesting that Hartford was “a very small percentage of annuities.” In 2011, in a $159 billion variable annuity marketplace, Hartford accounted for just $885 million of those sales — or about half of one percent. In the fixed annuity business in 2011, Hartford accounted for $110 million in a $81 billion market.

“All the more room for the rest of us,” says O’Brien.

Hartford declined to comment on its annuity performance or sales numbers.

Doing business with the elderly

While advisors are actually the biggest channel selling annuities, that hasn’t stopped RIAs from harboring growing concerns about the products. Those concerns came to a head in the case of Neasham, who was found guilty of theft after selling an annuity backed by Allianz in 2008 to a woman who turned out to have dementia — and taking an 8% commission on the sale. He was arrested in late 2010 and found guilty this past fall.

Neasham, who is appealing the verdict, says he never suspected the woman had dementia and that he spent over an hour talking with her about the product.

“I didn’t do anything wrong,” he says, and certainly nothing different than thousands of other insurance agents and advisors.

The verdict, which could force Neasham to serve 90 days in jail, has caused a ripple effect in the industry.

“There are some people that are overreacting, some folks just reacting, and some people saying this is a good opportunity to serve these clients,” says O’Brien, who believes the case was “unique” and serves as a reminder that those selling annuities need to have an understanding of the seniors marketplace.

Ferriera agrees that annuities certainly aren’t for everyone, and all of someone’s money shouldn’t be in the product, but says that for some people, they make sense.

“In every product category, there’s going to be someone who should be buying something else,” he says.

“If financial advisors are doing their job, they’ll match the product to the risk capacity and age of the client,” says O’Brien. 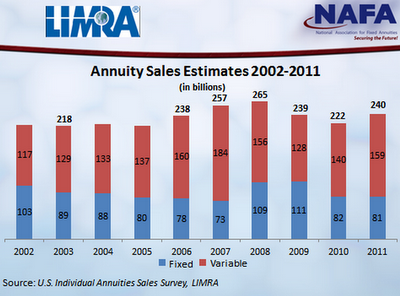 Annuity advocates are eager to assure advisors and clients that the annuity business remains strong. The day of the Hartford announcement, the Insured Retirement Institute issued a press release pointing both to Hartford’s small percentage of the marketplace and to continuing strong sales numbers for the industry as a whole.

“Across the board, all indicators point to a strong insured retirement industry including recent reports from leading rating firms that have underscored the stability of the life insurance sector — citing their strong capital and liquidity,” IRI president and CEO Cathy Weatherford said in the statement.

Those sales numbers, however, don’t resolve the same underlying profitability problem that has prompted Hartford to sell off its business.

The larger firms, Ferreira expects, will follow MetLife and Prudential’s example as long as interest rates remain low. They’ll cut the payout benefits on their annuity products and increase the costs to the clients. But the smaller firms may not be able to do that, he says, and may have to sell off their businesses. “The second- and third-tier firms might have problems,” he says.

“Lots of firms are going to take a wait-and-see approach,” Ferreira says.

O’Brien says, though, that fixed annuities — as opposed to variable products — remain a great insurance purchase for people wanting a guarantee later in life and a great product for advisors and companies serving those people. She has no concerns about the industry.