The Chicago consolidator's transitions teams had a brutally busy Presidents' weekend bringing aboard teams on both coasts simultaneously, from Merrill and The Presidio Group

Brooke’s Note: I enjoyed interviewing Leo Kelly whose Sparks, Md. office has the world headquarters of the McCormick spice company on one flank and some of the nation’s more storybook horse country on the other. It brought back memories. In the 1990’s I rented a room in a house on a farm right nearby. Top T. Rowe Price, Alex. Brown, Legg Mason and Brown Advisory execs (and their horses) were neighbors of my landlord. Suffice to say there are plenty of financially savvy high-net- worth investors in the area. It seems to speak well of HighTower that it is making inroads into this tight-knit world.

Over the past weekend, HighTower pulled off the first simultaneous opening of two new offices with advisors joining from different firms on both coasts. HighTower, which advises more than $20 billion of assets opened offices in Sparks, Md., and Los Angeles on Friday, Feb. 17. These openings follow the recent onboarding a large legacy Smith Barney team. See: HighTower stages its first raid of Morgan Stanley Smith Barney’s elite consulting unit. 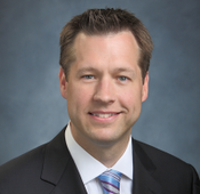 Mike Papedis: We were very busy
this weekend.

“We were very busy this weekend,” says Mike Papedis, executive vice president of business development for HighTower. “It speaks to our industrial-grade machinery.” Papedis says that he spent the weekend as the overseer of both transitions from headquarters.

For Leo J. Kelly III and Brian Grumbach, formerly of The Kelly Group at Merrill Lynch Wealth Management of Hunt Valley, Md., the weekend required exertion but one tempered by the people their practice serves. The team advises about $700 million.

“It was an exhausting weekend. Our clients have been energizing,” Kelly says.

What energized Kelly to lead his team into HighTower and the RIA world was a desire for greater choices of services and products (especially alternative investments) on behalf of clients.

But he also believes that HighTower has tremendous power as an organization of capable peers and an emerging brand. In the Baltimore area, advisors need to take on not only wirehouses but strong local brands like Alex. Brown & Sons (now owned by Deutsche Bank) and Legg Mason Inc.

“In Baltimore [HighTower] is a new name but I say to my clients: this is going to be a household name. When a company puts clients solely in front, they become successful,” says Kelly. 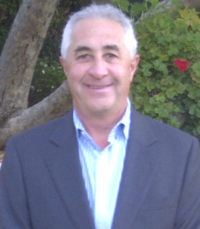 James Hausberg: Independence alone is no
longer sufficient to meet the complex
needs of high-net-worth families.

Hausberg is a financial industry veteran with 30 years’ experience. Before joining The Presidio Group in 2005, he held wealth advisory positions at several firms, including Credit Suisse and Bear Stearns.

Hausberg also felt like he was able to avail clients of more resources through HighTower than through Presidio.

“In today’s environment, independence alone is no longer sufficient to meet the complex needs of high-net-worth families,” he says. “Financial advisors must also have access to sophisticated resources, a comprehensive wealth management platform and world-class support. My clients are the ultimate beneficiaries of my decision.”

Mark Palmer, managing director and head of wealth advisory for Presidio, responded to Hausberg’s thoughts by saying: “Jimmy is a wonderful man, a personal friend, and he will do very well with his new endeavor.” See: Mark Palmer departs Cetera and joins big West Coast RIA.

Papedis says it was particularly gratifying to win the business of the former The Kelly Group because it was pursued aggressively all the way along by a wirehouse.

Kelly says that he chose to keep the wirehouse in the picture as part of the due diligence of looking at HighTower in contrast with the best alternatives.

“You can look a client in the eye and say: this is the best available.”

Kelly doesn’t believe that an advisor can say that something is the best alternative without heavily considering among various ones.

In the end what stood out for him was how HighTower stood out, alternatives or status quo aside.

“I didn’t leave Merrill because of Merrill or Bank of America. It’s the opposite. It’s because HighTower is the right choice for my clients.” See: Veteran Merrill Lynch manager leaves seven registrations on the table to return to his pure-RIA roots.

Barron’s selected Kelly for their list of Top 1000 Advisors every year since its inception in 2009 and Registered Rep recognized him as one of the Top 100 Wirehouse Advisors in America. While at Merrill Lynch, Mr. Kelly was a senior portfolio manager in the firm’s Personal Investment Advisory Program and a member of the firm’s Circle of Champions.

Being among peers nationwide — especially at HighTower — is a potent way to stay current in the profession, Kelly adds.

“Interacting with top producers … it’s extraordinarily powerful. I think it keeps us abreast of the industry.”

Jim Hausberg represents one of the first breakaway IARs.

Congrats Leo! Glad to see alumni from the Merrill financial planning group doing so well. Welcome to the RIA world.

It is a good proof point that HighTower’s model can “travel” to local HNW markets like MD. Being in Chicago ourselves, we want to see “local boys” make good.

Yes, Brooke, Baltimore has a storied past in the investment business with some of the finest firms in the world starting there.

Like with all good journalism, there are some great quotes in the article. Our favorites, which mirror best practices and the experiences of our clients, include:

- ““It was an exhausting weekend. Our clients have been energizing,” Kelly says. What energized Kelly to lead his team into HighTower and the RIA world was a desire for greater choices of services and products (especially alternative investments) on behalf of clients.”

Isn’t this one of the joys of our business and working with clients!

- “Independence alone is no longer sufficient to meet the complex needs of high-net-worth families.” James Hausberg

So true. We are all parts of teams, but important parts with independent voices. Client’s affairs are rapidly being extended and stretched in all directions and advisors need to be able to follow and serve these new profliferating needs and demands.

- “I didn’t leave Merrill because of Merrill or Bank of America. It’s the opposite. It’s because HighTower is the right choice for my clients.”

Great quote and what we see our clients and the best advisors doing — not running away from a bad situation but proactively seeking out the best to differentiate themselves in the hyper-competitive market. Bravo!