Friday, January 6, 2012 – 3:20 PM by Lisa Shidler
Admin:
2 Comments
Daniel Bernstein: If an advisor posted that they 'held a great meeting on 401(k) plans,' and someone 'liked' it, it could be construed as a testimonial.

The Securities and Exchange Commission this week issued a sharp warning to advisors about the hazards of using social media in a seven-page National Examination Risk Alert urging advisors to put specific social media policies and procedures in place. See: Social media can turn regulatory exam into fiery wreck.

“While many RIAs are eager to leverage social media to market and communicate with existing clients, and to promote general visibility, RIAs should ensure that they are in compliance with all of the regulatory requirements and be aware of the risks associated with using various forms of social media,” the alert states. See: Early adopters of social media, RIAs are growing disenchanted with its power to drum up new business.

According to the alert, the SEC has discovered that many RIAs don’t have proper policies and procedures in place that specifically address social media. Instead, many firms have overlapping procedures that apply to advertisements but are not specific to social media. See: “Examiners may ask “Says who? about your advertisements.

“Such lack of specificity may cause confusion as to what procedures or standards apply to social media use,” the alert states.

The alert comes on the heels of allegations by the SEC’s Division of Enforcement that Anthony Fields of Lyons, Ill. offered more than $500 billion in fictitious securities through various social media websites. Attempts to reach Fields on Thursday were not successful. To read the alert, click here

The SEC chose to issue its alert to advisors and the press release about Fields on the same day, says Robert B. Kaplan, co-chief of the Enforcement Division’s asset management unit.

“The staff did a review of social media policies of different types of advisors, and that’s what sparked the view that there’s a lack of consistency in the way social media and compliance policies are being used around the industry,” Kaplan says. “At the same time, we had this matter that we were investigating.”

Compliance experts are divided on the SEC’s alert.

“This seems very strict,” says Todd Cipperman, of Cipperman Compliance Services in Wayne, Pa. “There’s a statement in there about not discussing your investment services. I’m left wondering what you can even talk about. The easy answer is not to use social media. At a certain point, they make it so difficult that it’s useless.” 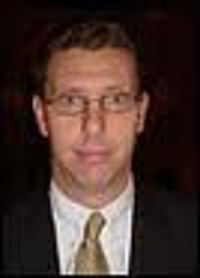 Todd Cipperman: I’m left wondering what
you can even talk about.

Cipperman believes there might be a falloff in the number of advisors who use social media in the short term but suspects that over time, the SEC might loosen its tight reins.

However, Dan Bernstein, director of professional services for MarketCounsel, says he wasn’t surprised at all by the SEC’s guidelines.

“I don’t think there will be any chilling effect toward advisors’ use of social media,” he says. “This is what we’ve been saying for a couple of years now. It’s the same exact message. While the Investment Advisers Act is in place, testimonials aren’t allowed. I don’t find these explanations to be particularly burdensome.”

One area that the SEC’s alert addresses is the topic of what happens if an advisor posts something on Facebook and a client “likes” the information. Advisors have feared that getting “liked” could be considered a testimonial. See: Why compliance experts are apt to dislike Facebook.

In fact, the SEC confirms that getting liked will in fact be considered a testimonial in many cases.

For example, if someone in the public “likes” an advisor’s biography listed on a third-party social media site, it could be viewed as a testimonial, the SEC alert states.

While the SEC may be taking a stronger stance, the Financial Industry Regulatory Authority Inc. has released guidance in recent months, which appears to be more relaxed. Certainly, advisors who are under FINRA’s rules don’t have to comply with the Investment Advisers Act of 1940, which prohibits advertising. 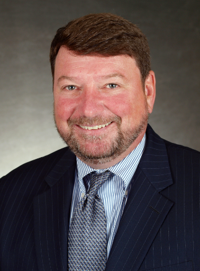 Joe Price: [We’ve added] a couple
of concepts that can be used
flexibly under supervision with the requirements.

“What we’ve done is interpret our existing rules by adding a couple of concepts that can be used flexibly under supervision with the requirements,” says Joe Price, FINRA’s vice president of advertising regulation and corporate finance.

For instance, FINRA has indicated that advisors are not responsible for positive comments people might make on third-party sites in which the advisor didn’t have control of the content.

In the alert, the SEC provided specific guidelines and suggestions that advisors can use to help ensure they’re on track with their handling of social media content.

The SEC suggests firms might want to create guidelines for its advisors on the appropriate and inappropriate use of social media.

The commission also encourages RIAs to craft content standards and a way to monitor content on websites. Advisors also need to make sure that the monitoring of the websites is consistent and done in real time, based on the postings. How often the advisors monitor their posting could vary based on the volume and pace of communications posted on a site.

Further, the SEC encourages firms to ensure they’ve set aside sufficient compliance resources to monitor their advisors’ activity on social media sites. The SEC also suggests that advisors may want to consider using an outside vendor to monitor the activity.

The SEC’s alert also encourages advisors to establish any training requirements for advisors who use social media and ensure that all advisors at a firm are aware of the rules pertaining to social media.

Advisors also want to consider requiring of advisors a certification to confirm that these individuals understand and comply with the firm’s social media policies and procedures.

I may have missed something, but I don’t see a “sharp warning” in here anywhere.

As far as the SEC investigation of “Anthony Fields of Lyons, Ill.” who apparently “offered more than $500 billion in fictitious securities through various social media websites.” I’m guessing the main emphasis is on the fictitious securities. I’m pretty sure you’re not allowed to do that regardless of how you promote it.

I’m inclined to agree with Dan Bernstein – doesn’t feel like there is anything new here.

I had conversations with Robert Kaplan (SEC), Joe Price (FINRA) and Drew Bowden (SEC) last week and agree with TJ that recent communications are not meant to be new rules, but just more guidance.

Social media can help advisors with client satisfaction and gain new business. They should not be turned away from using social networks. They just need to use common sense, just like they would use with any other marketing tool.