Tuesday, September 20, 2011 – 3:41 AM by Lisa Shidler
Admin:
4 Comments
Doug Trott: if you hold the line and don't lower your prices when the market goes down you can still keep your clients.

The old saying that nice guys finish last is proving true for those financial advisors who slashed fees in the wake of the economic downturn – they have seen their businesses suffer compared to advisors who kept their fees the same, according to data collected by Toronto-based PriceMetrix.

“PriceMetrix aggregates and “cleans” data from our clients. On a monthly basis we “household” the data and run it through a proprietary, patented reporting engine to produce predictive business intelligence for investment advisors, branches, regions and senior management; each of whom is set up with access to a personalized internet portal.”

“Equity Commission Pricing Myths and Realities,” a white paper released today, reports that advisors who stuck to their fee schedules after the market started to go south in 2008 did better than those who cut fees. Not only did those advisors who cut their fees lose money in the short-term, they also had lower average returns, according to the data.

Additionally, those advisors who slashed their fees have not been able to reset their prices as quickly.

“Advisors may be surprised, but if you hold the line and don’t lower your prices when the market goes down you can still keep your clients,” says Doug Trott, president and CEO of PriceMetrix. 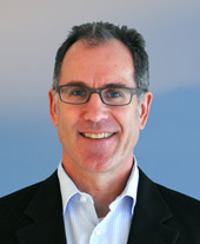 Dan Iveen: advisors who are able
to hold steady with prices are
good at demonstrating and articulating their
own value.

It pays to hang tough

Advisors who kept their prices steady also increased the productivity of their businesses over the three-year period: In the study, average production for the group that raised prices grew by 12% compared to an increase of 9% for those who didn’t raise prices.

That group also saw a greater increase in the number of households in their books that generated $2,500 or more in annual revenue. Advisors who raised prices grew their number of core households by 10% in the three-year period compared to 6% for the other advisors.

Discounts across the board

Of those 7 million trades, the analysis shows advisor pricing is inconsistent and that offering sales on the cost of trades is overwhelmingly commonplace in the industry. In fact, 87% of advisors discounted their prices with just 13% of them keeping their rates at full price or raising them.

On average, advisors still discount so heavily that they’re leaving an average of $132 per trade on the table, PriceMetrix says. The average discount per trade during the period was 35% off the scheduled price.

Advisors who slashed their costs dramatically over the last three years still haven’t caught up to the prices of advisors who held steady with the prices, Trott says.

“It’s certainly easier to cut prices with clients than to raise them,” he says.

Iveen also points out that advisors can certainly argue that they worked harder for clients in recent years and shouldn’t necessarily be lowering prices simply because the market is volatile.

“I think advisors who are able to hold steady with prices are good at demonstrating and articulating their own value,” Inveen says.

Even though Trott acknowledges that everyone likes to get a deal, clients are more interested in a trustworthy advisor than cheap fees as long as they feel they are getting value for their money.

“The demand in finances doesn’t respond to price,” Trott says. “Having a lower price doesn’t guarantee you more business. It’s not really about the price. It’s about the quality of service.”

He points out that most clients leave because of an advisor’s poor communication or because an advisor didn’t explain performance.

Very interesting story and one that resonates with our experience.

Another interesting point is that the average adviser tracked here saw a 12% average annual growth in revenues. Since the premise of the story is that fees remained constant then that equates to a 12% average growth in AUM. Notably that is the same growth rate that was apparently produced by putting on $11,000 steak dinners in the article on growing AUM.

Obviously all the details are not in place here, but that 12% growth in AUM is certainly an interesting coincidence.

“if you hold the line and don’t lower your prices when the market goes down you can still keep your clients.” — Doug Trott

Doug, you couldn’t have said a truer thing. Doesn’t matter what the industry, your comment is SOOO true.

“if you hold the line and don’t lower your prices when the market goes down you can still keep your clients.” — Doug Trott

Doug, you couldn’t have said a truer thing. Doesn’t matter what the industry, your comment is SOOO true.

We have learned that contrary strategies usually work best. We are raising our fees and helping our clients to do the same. Truly expert help is getting harder and harder to creat, maintain and find. It works very well. Results include:

- You clearly signal your value and uniqueness. Do you want to be offering services clients can get cheaper somewhere else?

- You don’t let your business get “bullied” by your client’s fears — or your own.

- Undesirable clients leave, or don’t hire you — always a blessing. “Rejection is protection.” We have all learned this the hard way.

Being successful is all about setting good boundaries for your business and professional life. When prospects tell us we’re too expensive for them, we say “you’re right.” — and they are.

Plus, none of us can, nor want, to work with everyone who comes along — except the desperate. If you’re desperate, you help managing your desperate emotions — not to sell your self and your business cheap.