Thursday, August 25, 2011 – 5:24 AM by Brooke Southall
Admin:
4 Comments
Harold Evensky: They want to be in a position to raise money from industry sources and that's something we didn't want to do.

“Fiduciary standard” is one of the most bandied-about phrases in the advisory community – most advisors are for it, but ideas on how to achieve that lofty standard can vary.

Both groups seek to strengthen and expand the fiduciary standard as laid out in the Investment Advisers Act of 1940, which requires investment professionals to put their clients’ best interest first.

They part company, however, when it comes their views on how to go about operating and funding that effort. CFS is a private organization, relying mostly on founding members’ fund-raising efforts. It is relatively informal in its structure and doesn’t intend to exist indefinitely.

The newly formed IFC, on the other hand, is a non-profit entity and seeks to establish a larger and more consistent war chest via contributions from people and companies supporting its mission.

The head of CFS prefers not to operate under that model. “They want to be in a position to raise money from industry sources and that’s something we didn’t want to do,” says Harold Evensky, a principal of Evensky & Katz Wealth Management. “We want to stay completely independent. We speak for ourselves.” 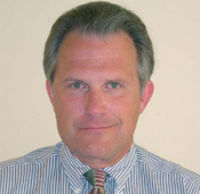 Knut Rostad: There’s much left to
do.

“While we’ve made progress advancing understanding of the fiduciary standard and its practical importance, there’s much left to do,” says Rostad in a statement. “We are in the midst of rule making in DOL and the SEC; misunderstandings abound about what fiduciary means. The Institute provides a permanent platform to build a full program of advocacy and education on this important public issue.”

Initial funding for the Institute was raised from its founding members.

In an interview, Rostad stressed that despite the split, the two groups are still guided by the same philosophy.“There’s no difference in view, mission and objectives.”

For his part, Evensky allows that Rostad’s model has its advantages. “Clearly without resources there are things we can’t do and it’s nice if somebody else does them.”

Indeed, this year TD Ameritrade Institutional signed on as a financial supporter of his committee. Evensky say his group will not accept such funds going forward. “We will not do that in the future.”

Founding members of the Institute for the Fiduciary Standard are Rostad, deputy chief compliance officer of Rembert Pendleton Jackson; Marion Asnes and James Patrick, both of Envestnet Philip Chao of Chao & Company; Maria Elena Lagomasino and Michael Zeuner of GenSpring Family Offices; and Kathleen McBride of the Institute for Private Investors.

Roger Ibbotson, a highly regarded capital markets scholar and a leading expert on asset allocation, will serve on the newly formed Institute’s board of advisors.

“The Institute for the Fiduciary Standard is well positioned to encourage long-needed changes in industry practice that will strengthen our markets and benefit investors,” says Ibbotson, who teaches at the Yale School of Management, in a statement. “Effective education on fiduciary responsibility is urgently needed.”

The Institute will sponsor its first event on Friday, Sept. 9, in Washington – a panel discussion entitled “Crafting Effective Disclosure.” Members will include Professors Daylian Cain from Yale University and Arthur Laby from Rutgers University.

“How SEC and DOL rule-making handles requirements around disclosure will have critical repercussions for investors,” says Rostad. “The panel will provide important practical guidance to regulators and the industry.”

That members bonded by a passion for creating an industry of accountable financial advisors formed two sect should come as no surprise, he adds.

“We’re dealing with a group of independent advisors; guess what: they have independent views.”

Committee for the Fiduciary Standard

Interesting that the first issue the newly formed Institute decides to tackle is “Crafting Effective Disclosures”....

And who exactly are these Disclosures designed to protect?....the Industry or the Client?....give me a break !

Harold is terribly astitute and draws upon decades of wisdom and experience to understand that political self interests in garnering financial support can often work at cross purposes in advocating on behalf of the consumer and the advisor in their best interest.

Exhibit A is the inability of the Institute for a Fiduciary Standard making a compelling and cogent arguement for brokers being held to the fiduciary standard of care for fear of offending the brokerage industry. The industry has strongly pushed back on the Dodd-Frank and the DOL’s efforts to hold brokers to the fiduciary standard—which should have been definitively and effectively been nipped in the bud just based on the absence of ongoing broker accountability for their recommendations and brokers affording no transparency in cost or compensation required for fiduciary standing. In an effort to avoid fiduciary responsibility, the brokerage industry has made it a violation of its internal compliance protocol for brokers to even acknowledge they render advice or have a fiduciary duty to act in the consumer’s best interest. Thus, the industry maintains that brokers simply make consumers aware of their investment alternatives. It is up to the consumer to determine investment merit on their own regardless how limited the consumers investment knowledge and experience may be. This certainly absolves the broker from having any responsibility for their investment recommendations but has destroyed the trust and confidence of the investing public in the reliability of the investment recommendations they receive. Essentially brokers are neither accountable or responsible.

Alternatively, advisers are responsible for every recommendation they have ever made and are required to act on behalf of the consumer in the consumer’s best interest. This should be a slam dunk public policy debate literally in support of the best interest of the consumer based on 800 years of common law and objective, non-negotiable fiduciary criteria of statute, case law and regulatory opinion letters. This can’t be screwed up, right? Well, none of the obvious arguements have yet to be made because of the very conflicts that Harold Evensky envisions.

As usual, Harold has this right.

Managing finances on behalf of others needs to be elevated out of the transaction “sales” pitt, and in to the strict “fiduciary” realm….the fiduciary laws and standards already exist, no need to reinvent the wheel here…..we will not see real progress on this front until Congress awakens and mandates a higher calling upon the entire money management industry…..they came close last year, but failed us once again, just like the debt ceiling fiasco last month….in the meantime, we continue to fight the good fight, and fortunately, consumerism slowly but surely educates the investing public as to the various operating models and their vastly different philosophies, ethics and values.

You are absolutely correct.

The best interest of the consumer are literally and clearily not being served if disclosure is even concidered to be a remedy to actually being required to act in the consumer’s best interest.

How obvious can it be. The consumer’s best interest is not being served by this new group and is in no way an improvement over the old IFS group.

There needs to be a group that advances the best interest of the consumer and the adviser, so far none has emerged. The planner groups are beholden to broker/dealers who pay for 70% of planner dues and are opposed to fiduciary standing for brokers/advisers—thus the very ineffective advisory services advocacy in support of fiduciary standing for brokers. The wirehouses, regional and independent broker/dealers are simply not fiduciary advocates. Brokers have no say in the support their b/ds provide. In the biggest public policy debate in the history of the financial services industry—should brokers actually be required to act on behalf of their clients, in their client’s best interest and fulfill their fiduciary responsibilities—the consumer has no voice.

There are very capable enterprise managers with in the industry who can (a) make fiduciary services safe. scalable and easy to manage and execute which (b) generate far superior economic metrics than commission sales and© a far superior and less expensive advisor value proposition. The problem is it is politically inexpedient for our most capable business managers to speak out. The SEC and DOL need to make it safe for these executives to speak up and execute, providing much needed market leadership, by the SEC and DOL simply being definitive like the DOL is on IRAs and DC plans—requiring the industry to take decisive action, rather than fostering industry push back by indecision.