Conversations with academics, expanding strategies and veering away from hedge fund of funds led to thriving niches.

Three RIAs grew mightily in recent years and show no signs of slowing down. They attribute their success to a willingness to try something new — even if it wasn’t popular at the time.

Gordon Wegwart, a partner with Durham, N.C.-based Verity Asset Management Inc.; Renee Toth, executive vice president with Flexible Plan Investments Ltd. in Bloomfield Hills, Mich.; and Steve Blumenthal, partner of Capital Management Group in Radnor, Pa. shared their strategies and ups-and-downs in the business in a conference call hosted by Trust Company of America on Wednesday with an audience of other RIAs.

The non-profit retirement space has been ignored for years by advisors, but in 1996, Wegwart and three partners opened Verity Asset Management because they wanted to help participants at universities and other non-profits manage their retirement accounts.

Wegwart got the idea talking to professors in the 1990s and recognized they needed investment help. “I wish there was some sort of grand plan but we stumbled into it,” he says.

Wegwart was able to grow the business because many of the plans used by non-profits – 403(b) plans – the sister to 401(k) plans, were overseen by insurance agents and were costly and employees needed help.

In recent years, Verity Asset Management has built its business around managing the discretionary assets for other advisors who have clients in the 401(k) arena or 403(b) space. The firm has grown 180% in the past 2 1/2 years and now manages $300 million in assets. See: After IRS audits hit non-profits, RIAs are positioned to wrest a fortune in 403(b) assets from annuity companies.

The firm uses a turnkey approach to manage participants’ assets, which are relatively small – an average of $60,000 to $70,000 – in the non-profit arena. 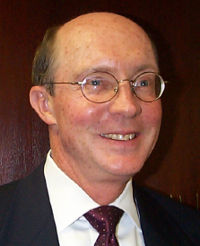 Gordy Wegwart: There’s not a lot
of room for error when you’re
dealing with retirement assets.

“There’s not a lot of room for error when you’re dealing with retirement assets,” he says. “We’ve been able to do this very effectively but it’s not easy. It evolved over time. We saw an opportunity to work with participants and look at their portfolios and develop allocation strategies.”

In 1981, Toth was a legal secretary for attorney Jerry Wagner. He had a love for investing and had even formed a hedge fund in college in the early 1970s.

Toth had a ringside seat as the law firm run by Wagner turned into a giant RIA, with Wagner managing the strategies. By 1991 it managed $40 million in assets. In 1993, the law firm closed its doors so the company could focus solely on managing assets for other advisors.

In 1999, Toth became executive vice president of the rapidly growing firm that has grown 125% in 18 months and currently manages $1.2 billion of AUM.

The firm grew with pure market timing strategies until advisors began asking for other strategies.

As a result, in 1994 the company changed course and began crafting a momentum-based model that focuses on more traditional asset allocation investing in the areas that appreciate the fastest and avoid market risk, affording clients long-term diversified strategies. See: A style for all markets: momentum investing.

Right now, Flexible Plan offers a menu of more than 100 different strategies that invest in mutual funds, including technology funds.

“We can blend and customize a strategy for a rep’s needs,” Toth says. “We listen to what the reps want and make changes based on their feedback.”

Blumenthal, a former Merrill Lynch broker, started running his own independent RIA firm in 1992 specializing in high-yield bond strategies. But he changed course when he built a hedge fund around a bond-based strategy.

In 2007, he got rid of those fund of funds and replaced them with separate accounts. He began using alternatives such as currency funds, commodity funds and inverse ETFs with daily liquidity and transparency to grow his business.

He says his firm’s largest growth has come from RIAs using his strategies.

“[Alternatives] weren’t on RIAs radar screen because they didn’t get it,” he says. “There are tools … that weren’t available five years ago.” 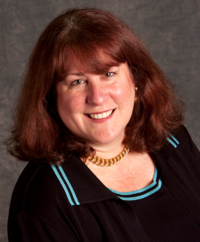 Renee Toth made it to $1.2
billion but sees $3 billion as
reachable in two years.

All three RIAs have aggressive plans to grow in the next 3 to 5 years and they believe using their current strategies will help them achieve that growth.

Wegwart intends to take the $300 million firm to the $1 billion sweet spot in just a few years.

Toth’s firm, with its $1.2 billion in assets, hopes to have $3 billion assets in two years.

Blumenthal also thinks that this is the perfect time for other RIAs to grow as well.

“I believe it’s never been a better time for an advisor to grow his practice,” he says. “Clients’ assets are in motion. Investors are more educated than ever before.” See: Four brokerage-world practices that could ramp up RIA asset growth.

Wegwart also says the best way for other RIAs to grow is to not be afraid to make mistakes. “Look for opportunities and unique challenges,” he says. “You can certainly stub your toe but there are tremendous opportunities.”