RIAs and online brokers are winning the market-share game

Online brokerages and RIAs are delivering a one-two punch, stealing away market share from wirehouses, according to a new report from Aite Group.

Online brokerages have gained 3% of market share in the last two years and now control 19% of the industry’s $13.5 trillion of client investible assets in the wealth management arena, says the report, New Realities in Wealth Management: From Dusk Till Dawn.

RIAs moved about $40 billion in assets last year thanks to breakaways which helped the group’s market share jump 1.2% in two years for 11% market share.

Wirehouses lost 1.1% in market share but still own the biggest chunk of business – a total of 38%.

Retail brokerages with fully disclosed operations that clear trades through a firm like Pershing or Fidelity’s National Financial have lost 4% of the market share because of consolidation and volatility in the industry. This segment makes up some 16% of the market share.

The report shows the brokerage and advisory market increased by 11% in 2010 to $13.5 trillion, which is on par with the stock market performance in 2010.

Wirehouses seem to care less about market share and more about profits, says Bing Waldert, of Cerulli Associates in Boston, who points out that the reason many clients have fled to low-cost Internet options is because wirehouses have been purposefully cutting loose less profitable clients.

“It seems like it’s more of a profitability game for wirehouses,” Waldert says. “They’re trimming the lower-end clients and forcing advisors to go higher and higher. For those investors left on the sidelines, all of a sudden they’re going to the online channels.”

Another reason clients are leaving the wirehouse arena is because they’re unhappy and the Internet solutions are low-cost and seem simple to oversee, industry leaders say.

“Many clients have been disappointed with their advisors and are looking for transparency,” says Aite Group research director Alois Pirker. “All of a sudden with their smart phones, they can manage their own accounts.”

As investors threw the assets into self-directed online platforms, the market segment grew by nearly 20% in 2010.

The online platform has quickly surpassed its pre-crisis assets (year-end 2007) by 12% while wirehouse firms are still 8% behind that recent high-watermark.

From 2008 to the end of 2010, TD Ameritrade and E*Trade were able to grow client assets at a rate of almost 75%. In fact, the rapid growth for both of those firms came at the expense of Schwab. Still, two-thirds of the $2.5 trillion online market is locked up by Fidelity and Schwab with TD Ameritrade accounting for 11% and E*Trade at 6% market share.

Still, Pirker doesn’t believe that traditional RIAs are at risk of losing much of their business. See: Online brokers may be bigger threat to financial advisors than they realize, study says.

Industry leaders have predicted for some time that advisors will go the way of the dinosaur. Most recently, Joe Duran, CEO of United Capital Financial Advisers says the solo advisor will lose out just like the travel agencies have closed their doors. See: Why Joe Duran believes that classic RIA firms face extinction.

But Pirker believes RIAs will continue to exist, albeit with higher clients’ assets. Those with $500,000 or less will likely go to self-directed online accounts.

Even though RIAs are gaining less market share than the online models, the Aite report shows that breakaway brokers are typically transferring a large share of their assets.

Among custodians, Schwab and Fidelity take on close to 75% of the assets in the marketplace.

Fidelity Investments is the fastest growing player in the RIA custody arena. The firm grew its custody assets by more than a quarter in each of the last two years, and has been inching closer to industry leader Schwab during this period, Aite says in its report.

Go while the going is good

Industry leaders say there’s still momentum for wirehouse advisors to leave this year and next year. 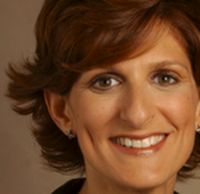 Mindy Diamond: Most feel if they
want to go through the hassle
to make a change they want
more control of their business and
that speaks volumes about the notion
of independence.

For instance, recruiter Mindy Diamond of Diamond Consultants says the majority of the advisors she talks to are considering leaving the wirehouse arena.

“Seventy percent of the conversations I have with top advisors they tell me that if they wanted more of the same, they’d stay where they are and wouldn’t go to another wirehouse,” Diamond says. “Most feel if they want to go through the hassle to make a change they want more control of their business and that speaks volumes about the notion of independence.”

It’s likely that this year will continue to see a steady flow of breakaways. And Pirker says next year could see an even bigger breakaway trend, particularly for high-end wirehouse advisors who signed deals a few years ago.

Many top wirehouse brokers may be locked in until 2012, but if the company still hasn’t grown dramatically, many of them will feel free to leave after that date.

“The folks locked in right now at the wirehouses are the top producers,” says Pirker. “The firms gambled with the retention package thinking the firm’s margins would improve in a few years and employees would stay. But it’s taken a lot longer for the economy. Firms will have to renew retention bonuses next year or brokers will jump ship.”

Just a minor note. I am assuming the “industry’s $13.5 billion …” really should be trillion.

Lisa, great information.
Thanks for publishing this article.

As marketers and business development specialists we support data- and evidence-based decision making as a key skill for successful firms. “We are easily convinced by data.”

Let’s unpack some of these numbers and ask some more questions. As a context, let’s remember that the population is growing, the older Boomer Investor population is growing and technology is increasing it’s use. So these external trends are occurring independent of any relative market share changes.

Let us ask some question for perspective:

<ul> <li> “The percentage of commission-only advisors fell 40% between late 2009 and early 2011.” — Isn’t this likely to be due to B/Ds and brokers adopting more fee-based practices and no realy dramatic change in the market?</li> </ul> <ul> <li> “As investors threw the assets into self-directed online platforms, the market segment grew by nearly 20% in 2010.” On a relative or absolute basis?</li> </ul> <ul> <li> “Seventy percent of the conversations I have with top advisors they tell me that if they wanted more of the same, they’d stay where they are and wouldn’t go to another wirehouse,” This is predictable for someone offering search services and may, or may not, indicate a trend.</li> </ul>

It is always best to look behind the numbers in all surveys and data reports. Anecdotal evidence and personal experience are very limited sources of information and basis for decision making — as we tell clients about their investment behaviors all the time.