Friday, July 22, 2011 – 2:56 PM by Brooke Southall
Admin:
2 Comments
Mario Hernandez: In the future, clients will be able to electronically sign. We can electronically take it to Schwab rather than using FedEx or a fax.

Schwab Advisor Services has found a way to allow its 6,600 advisors to automate their account opening process ahead of the launch of Schwab Intelligent Integration. See: Schwab unveils a plan to create a grand ecosystem of top technology vendors to RIAs.

The San Francisco-based firm is providing free software from Laser App (see instructions below) that makes it possible for an advisor to pull information directly from their CRM and have it populate account-opening forms. Eighty of the most commonly used forms will be available and advisors can submit applications online to obtain a Schwab account number.

The software has the additional benefit of knowing immediately when information is missing and flagging it to avoid having the forms bounced back. Nearly 20% of all completed account applications are rejected, often due to missing data.

“One of my pet peeves is having 15 pieces of data that all have to be reentered every time I do anything. Constantly rekeying data lends to concerns about errors,” says Kimberly D. Overman, president and chief executive officer of The Financial Well, Inc. who participated in the pilot program. “Laser App integration increases accuracy by validating account applications before you submit them. Any implementation like this is wonderful—it’s what I’ve needed for a very long time.”

Schwab started with a three-month pilot and has now moved to a beta phase with a greater-but-limited number of users. It will be made widely available to its clients of all sizes by year-end.

The new program amounts to a work-around to what otherwise might have been a momentous project, according to Steve Hirsch, vice president of institutional web services at Schwab.

“We could have reached out to all the CRM providers directly but we knew that would take a while,” he says. 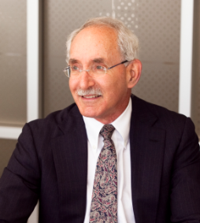 Steve Hirsch: We could have reached
out to all the CRM providers
directly but we knew that would
take a while.

Laser App Software specializes in the areas of filling out forms and keeping them current and accessible. The company has spent the last 15 years working on seamless integrations with a wide variety of CRMs, according to Robert Powell, vice president of sales and marketing at Laser App.

Schwab is promising to save re-keying of data in the near future when it launches its ecosystem of software providers, Schwab Intelligent Integration. Advisors will not even get a glimpse of it, however, until the company’s IMPACT conference in November. It’s unclear when it’ll roll out. See: Schwab’s Project C now has two tiers and three new names

Fidelity Institutional Wealth Services already has pre-fill of forms for many advisors. according to its spokesman, Steve Austin.

“Today WealthCentral supports pre-fill of forms for our integrated CRM and performance accounting capability,” he says. Fidelity integrates with Siebel for CRM and Advent Software and Black Diamond Performance Reporting for performance reporting.

Mario Hernandez, director of operations for Gemmer Asset Management LLC of Walnut Creek, Calif., says that he finds the Schwab approach to reducing re-keying to be preferable to achieving similar results using Fidelity Institutional Wealth Services WealthCentral. Gemmer uses Fidelity as a secondary custodian and Junxure for its CRM. “We don’t have to buy a new CRM” with Schwab, he says.

Fidelity has had compatibility with Laser App for five years, Austin added. The company declined to say how many advisors have access to this capability through Laser App or WealthCentral. Advisors have to pay for Laser App if they are Fidelity customers. The price for Fidelity Advisors who want to purchase Laser App directly is $399 for the first year, $199 for annual renewals.

The Laser App software is a big time saver for Gemmer because it is mostly a separate accounts manager and it tends to do more account openings than many conventional advisors. Gemmer has 800 accounts through other RIAs. He has been using the software for three months as a member of the pilot program.

Still, Hernandez won’t be satisfied until Schwab takes the new technology to the next level.

“Today it leverages our time. In the future, clients will be able to electronically sign. We can electronically take it to Schwab rather than using FedEx or a fax.”

Advisors can currently log into Schwab Advisor Center to fill out forms. From the same screen that they use to select forms, they will see a “Save time with Laser App” message. When clicked, this message opens a wizard that guides the advisor to getting Laser app and lets him or her know what to expect.

When an advisor logs in to Schwab Advisor Center, he or she has access to a series of tabs to choose from. One of those is “tasks.” One of the primary task choices is “Forms & Applications.” That screen has the prompt to get Laser App.

Although I applaud Schwab for building the Laser App integration, this technology has been around for quite some time particularly in the Independent B/D space and other RIA custodians.

Some custodian firms have taken a further step with online account opening by introducing a truly paperless approach to new account creation and ACAT transfers. It appears based on this article Schwab has some more work to do from a technology front.

I commend all custody providers (both large and small) for investing in efficient systems to minimize the time it takes to establish accounts allowing the Advisor to fucus their energies elsewhere.

“Nearly 20% of all completed account applications are rejected, often due to missing data.” is quite inefficient.

There is an interesting confidentiality question here. Are clients aware that Schwab has access to CRM data? Does this need to be fully disclosed with signed agreements from each client for it to happen? With all custodians?

If there is hacking of Schwab’s system is the advisor libel? Have these issues been addressed publicly anywhere?

We see a lot of unanswered quations.