Thursday, May 12, 2011 – 9:32 PM by Brooke Southall
Admin:
6 Comments
Reed Colley is selling his firm for more than three times what Techfi received in a similar deal

Brooke’s Note: This deal is leaving everyone a little speechless. Two companies on two coasts that seemed like the Hatfields and the McCoys are joining forces. I have written this brief article based on the press release and thoughts from a couple of competitors. I plan to talk to the principals in a couple of hours to offer more details.

The acquisition is expected to be completed during the second quarter of 2011, according to a release.

Jacksonville, Fla.,-based Black Diamond and its existing management team will lead the advisory strategy for Advent, operating as an independent business group within the company. Reed Colley, Black Diamond’s founder and CEO, will become general manager of the Black Diamond group, reporting to Peter Hess, president of San Francisco-based Advent, according to a release.

The deal is widely believed to result from the pressure that Black Diamond is putting on Advent both in winning accounts and pricing aggressively. See the follow-up to this article: Why Advent and Black Diamond are merging and how advisors look at the deal

Advent has faced challenges during the same time. See: Advent Software is moving ahead in the RIA tech market— even if most Axys users refuse to budge.

“Advent’s acquisition of Black Diamond will accelerate our combined ability to help advisors succeed by giving them an innovative, purpose-built platform so they can grow their practices and delight their clients,” said Advent’s Founder and CEO Stephanie DiMarco, in the release. “Advent is passionate about helping our clients to be great, and we share that passion with Black Diamond — we are excited about their commitment to advisors’ success and vision for their clients. Black Diamond has a well-earned reputation for innovation and client focus, and I am thrilled to have them join the Advent team.”

The release said the big San Francisco-based company will pay about $73 million for all of the outstanding ownership units of Black Diamond, subject to adjustment for third-party expenses and certain other specified items.

Competitors expressed shock at the news but said that it could benefit their firms.

“I’m pretty surprised,” says Matt Abar, principal of FinFolio, who sold his company, Techfi, to Advent for $23 million in 2002. “That’s a very similar situation on the surface to how it looked when they acquired Techfi. (Black Diamond’s Blue Sky) is a competing product to (Advent’s outsource product.)” See: The executive Advent bought and buried is back with a vengeance

Yet Abar adds that the announcement is good news from his standpoint.

“We’d rather be competing with a large monolith than a scrappy start-up,” he said. See: Black Diamond wins a $4-billion RIA right in Advent’s backyard. 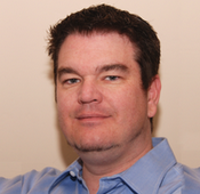 Matt Abar: We’d rather be competing
with a large monolith than a
scrappy start-up.

“It’s a great thing for my business,” he says. “ ... It’s a negative for advisors because it eliminates one more innovator and advisors want someone who can keep them on the cutting edge.” See: Already known to be cutting edge, Black Diamond shoots for the bleeding edge with total rewrite of its software.

“The cultures of these companies are very different,” Clarke says. “My guess is it’s going to be very difficult to combine them.” See: Black Diamond is winning big accounts from Advent at an impressive clip.

Black Diamond’s founder and CEO Reed Colley said in the release that he believes that the combination with Advent could boost Black Diamond.

“Black Diamond now gains access to resources to accelerate both our product development and growth,” he said. “The combination of Black Diamond and Advent is a great mix of our focused, innovative solutions with one of the most trusted pioneers in investment management technology. Together, I am confident we will continue to redefine how advisors use technology to grow their practices and achieve great results for their clients.”

John Furey, principal of Advisor Growth Strategies of Phoenix, Ariz., agrees that this could prove a positive to the two sides.

“I think it’s complementary to Advent as they have two distinct target advisors for their platform. Strategically, it will create a powerhouse with Advent going after institutional and money manager type advisors and Black Diamond going after wealth advisors.”

Black Diamond has grown revenues over 40% per year over the last two years. Publicly held Advent expects Black Diamond to contribute just under $1 million per month of recurring revenues. The deal closed with the benefit of ouside business counsel. See: A blessing from Charles Goldman helped seal the Advent-Black Diamond deal

This acquisition makes sense. Black Diamond has been focused on building a web-based portfolio report delivery platform. Advent has focused on more traditional areas it is known for. I believe this will open up some new and interesting opportunities for Advent to further expand its product line by leveraging what Black Diamond has built.

It is true that acquistions can be tough, both on the acquiree and their clients, but only time will tell how well Advent will execute here. This announcement puts increased pressure on other portfolio management and reporting platforms. More innovation and streamlined integration is more important than ever for Advent’s competitors. It will be interesting to see the acquisitions that will be spurred along by this announcement.

I think competitors pick up a thing or two about the cultures of companies in a close-knit industry. Cultures matter in mergers and the opinion of industry participants matter to me.

I am a Black Diamond customer, and I am skeptical. Please point out any similar merger in history that resulted in greater innovation, better products, better service, and a lower cost of ownership to the customer. I think the BD product is cool, and an important step forward in how RIAs do business. Advent represents a model we have seen before and rejected.

BD will have a chance to prove me wrong. I kinda hope they do. Reed’s self-serving email to us earlier today (subject, and I am not making this up: “Our Path to Greatness”) announcing the sale was not a great start.

What does Orion’s CEO really know about the “cultures” of the two compeitive companies? And why does his opinion on his competitor’s “cultures” matter?
My guesss is his initial response to the news was “Oh *^$%!”

I am in complete agreement with Paul Meloan’s comment above. I was in charge of finding a reporting system for our firm a couple of years ago and talked, emailed and researched them all. In defense of Advent it was a finalist but once the pricing was brought into the mix, BD won hands down. Advent revisited this with us a week or two ago and we stressed pricing was a major factor so any CEO worth his weight knows if you can’t beat them, buy them.

I think the Advent acquisition of Black Diamond is a win-win-win all the way around. A win for Advent because they now have a viable product in the RIA space (Axys is old technology, and APX didn’t fit for many RIAs), now Black Diamond has deeper capital source to support their growth, and RIA firms now have a viable (and web-based) product/service to replace Axys (and then some).

Interestingly, when the news broke, I was having lunch with a former client (the CEO of a $1B firm) who is in the middle of an Axys to Black Diamond conversion which we started when I was Interim COO at the firm. Mid-switch is a scary time to hear the news, but if Advent executes this well (which basically means giving Reed and his team total control over the offering for the RIA space) the RIA firms will really benefit. And Advent can focus on the global banking, fund, and institutional space that fits their other products.

And that means a 4th winner — the clients of the RIA firms. Sure, I know many will complain and say BD sold out, but when you really think about it, this is a good outcome for all.