How much should RIAs shake in their boots after the SEC punished three firms then put out a detailed press release?

Did the embattled agency go too far -- or not far enough?

Wednesday, November 30, 2011 – 5:50 AM by Lisa Shidler
Admin:
3 Comments
Brian Hamburger: If anything it's sending the message that the SEC is not putting a high price tag on the cost of maintaining an ongoing compliance program.

Brooke’s Note: We all do it. We gauge just how much to push the legal envelope based on what we see and hear of our fellow citizens, using them as legal guinea pigs. If the traffic is moving at 80 mph in a 55 zone, we feel safe going 70 mph. Of course advisors keep their antennae up in this fashion as far as compliance goes. Right now there are metaphorical blue lights flashing in the roadway ahead after an SEC crackdown. This article probes to determine just what to make of them.

Compliance experts are split as to whether the Securities and Exchange Commission’s imposition of cumulative penalties and reimbursements of $262,000 on three advisory firms this week — and vividly detailing those firms’ missteps in a press release — constitutes a not-so-veiled warning by the SEC that closer scrutiny of the compliance practices of RIAs is at hand.

The head of one of the firms cited in the press release issued Monday by the SEC says he never saw it coming.

“The SEC is no longer out to advise people, they’re out to nail [RIAs],” says Carl Gil, founder of Troy, Mich.-based Asset Advisors LLC. “This is like getting pulled over by traffic cop in an unknown neighborhood for a blinking light [and eventually the cop says] you didn’t change your oil on time.”

The SEC fined Gil’s firm $20,000 for failing to adopt and implement written compliance policies and procedures.

Small infractions can lay the groundwork for larger ones — like fraud — and need to be taken seriously, according to Robert Khuzami, Director of the SEC’s Division of Enforcement.

“Not all compliance failures result in fraud, but many frauds take root in compliance deficiencies,” he said in a release. “That simple truth underlies our renewed focus on identifying and charging firms and individuals that fail their legal obligations to maintain adequate compliance programs.”

In the same release, Minneapolis-based Feltl & Company Inc. was charged with engaging in hundreds of principal transactions with its advisory clients’ accounts without informing them or obtaining their consent as required by law. The SEC says that Feltl also improperly charged undisclosed commissions on certain transactions in clients’ wrap fee accounts. Feltl was fined $50,000 and agreed to return more than $142,000 to certain advisory clients. 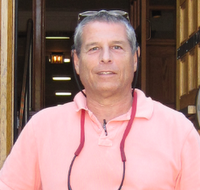 Feltl’s general counsel, Chet Taylor, says the company had comprehensive procedures in place. “In our case, it was a paperwork deficiency that was happening.”

The commission also disciplined Utah-based OMNI Investment Advisors Inc. for compliance infractions, failure to establish, maintain and enforce a written code of ethics and failure to maintain and preserve certain books and records. It also charged OMNI’s owner, Gary R. Beynon, with acting as the firm’s chief compliance officer despite living in Brazil and performing virtually no compliance duties.

Beynon was fined $50,000 and agreed to be permanently barred from acting within the securities industry in a compliance or supervisory capacity.

The SEC says that while it’s not out to get RIAs, it is trying to send the message to them about the importance of proper compliance procedures.

“The commission’s not out to nail the investment advisory industry but we do see significant issues in the investment advisory space,” says Robert Kaplan, co-chief of the SEC Division of Enforcement’s Asset Management Unit. He says the commission feels the punishments are appropriate, pointing out that two of the firms — OMNI and Asset Advisors — were previously warned by SEC examiners about their compliance deficiencies. 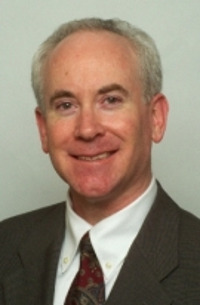 Chet Taylor: What we’re doing now
is obviously keeping our brokerage and
advisory business separate and having different
systems and procedures for the two
sides of the business.

Todd Cipperman, of Cipperman Compliance Service in Wayne, Pa., believes that the SEC’s cracking down on relatively minor infractions sends a strong message to RIAs to straighten up and fly right when it comes to compliance.

“People should take note of these cases because the conduct was not egregious,” he says. “In two of the cases, there wasn’t even harm to anyone — it was just [that] the firms violated the compliance rules.”

But Brian Hamburger, founder of MarketCounsel, drew another conclusion from the SEC’s actions.

“If you think about it, the $50,000 or $20,000 fine is not much considering these guys will continue to live another day and continue to manage money. If anything, it’s sending the message that the SEC is not putting a high price tag on the cost of maintaining an ongoing compliance program.”

Another view comes from Ken Kaltman, chief operating officer of National Compliance Services, Inc., Inc., who says these RIAs committed serious violations that had to be dealt with by the SEC’s enforcement division.

“The SEC strongly believes that one of the best ways to protect an RIA’s clients is for the firm to adopt robust and meaningful policies and procedures. These actions reflect the SEC’s long-held belief that fraud often arises from compliance deficiencies,” Kaltman says.

He is hopeful that compliance officers at RIA firms will take notice of these actions and recognize that they need to be hands-on and up-to-speed when it comes to compliance matters. 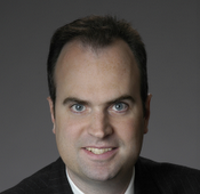 Patrick Burns: RIAs need to take
stock of their written supervisory procedures,
firm culture regarding how they treat
compliance.

Cipperman is hopeful the takeaway from the public lambasting of these firms is that RIAs should spend more money on compliance. “It’s a resource issue. You’ve got to commit that it’s going to cost you something.”

He says that firms should spend at least 5% of their firm’s annual revenues on compliance, noting that those who spend less might well find themselves in hot water with the SEC.

There’s no question that the commission will be on the lookout for these types of problems from now on, says Patrick J. Burns Jr., a lawyer and president of Advanced Regulatory Compliance Inc. in Beverly Hills, Calif.

“If you’re independent the reporting requirements have gone through the roof,” he says. “Even though we had a remote compliance service advising us, it wasn’t good enough. You really need someone who will be there on a full- or part-time basis to make sure things are getting done. As an RIA, we often get distracted with market conditions, managing an office and trying to make a buck.”

Gil says he believes 98% of the firm’s compliance information was up-to-snuff but acknowledges that his compliance manual was only updated every other year when it is supposed to be updated annually.

Asset Advisors has agreed to cease operations of its RIA, deregistering with the Commission and moving advisory accounts to a firm with an established compliance program.

Taylor says Feltl had a comprehensive compliance program but points out this was the first time the firm had been audited by the SEC. The problem, he says, is that the firm was using the same procedures for commission business as it did for its fee-based business. The B-D side of the business makes up 90% to 95% of the firm’s revenue and has assets of about $1 billion, while the RIA unit manages about only $100 million in assets. The firm established its RIA in 2002 but didn’t have enough assets to qualify for SEC registration until about 2008.

According to the SEC’s order against Feltl & Company, the firm failed to adopt and implement written compliance policies and procedures for its growing advisory business.

“So, what we’re doing now is obviously keeping our brokerage and advisory business separate and having different systems and procedures for the two sides of the business,” Taylor says.

Taylor says that he understands the SEC felt his firm was double dipping by charging a commission on the front-end of a purchase and a fee on the back-end, but points out that the fee for the investment side is much lower than the commission.

“Now we don’t allow our clients to do this in fee-based accounts,” he says. “At the end of the day, clients are actually paying us more money than they would have before but we’re in compliance with the SEC.”

Flyin’ down to Rio

The SEC says that the firm failed to adopt and implement written compliance policies and procedures after SEC examiners informed OMNI of its deficiencies. Between September 2008 and August 2011, OMNI had no compliance program and its advisory representatives were completely unsupervised.

Beynon has disbanded his firm’s RIA. The phone number listed on numerous internet sites for OMNI is now a firm with a different name and those answering the phone say Beynon no longer is associated with the firm. Other attempts to reach Beynon were unsuccessful.

And in a related story, Bill Singer has an excellent follow-up at Forbes on the matter:

These firms, and lets pick on OMNI, had the heads up that enforcement was likely in their future. In 2007, the SEC issued a deficiency letter for OMNI’s failure to conduct an adequate annual compliance reviews.

Then in May 2011 (and why it took the SEC nearly four years to follow up is anyone’s guess), OMNI received a subpoena from the SEC for documents related to the absent CCO’s work. The SEC discovered signatures on provided documents were backdated.

So, yeah, OMNI is an easy case for the SEC to set an example and fine registered investment advisers for skirting compliance obligations.

It’s not like the SEC fined an RIA for possessing login information to clients’ 401(k) accounts and failing to disclose custody of said account assets on their Form ADV.

Brooke: We all do it? Nah. I can say with complete confidence that if the SEC audits my firm and finds deficiencies we will work hard to correct them, and will assume that the examiners will be back to look at exactly those issues. I can also assure you that when the SEC tells us we need to have a written set of procedures we do, and we will do our best to follow them.

As for Mr. Gil… Well, since the SEC was good enough to write him up and let him go on doing business and then when they came back he still was ignoring the rules, well… If he considered that the SEC would take that seriously as a surprise his contribution to the gene pool may not be all positive.

I have been to many a conference, including the ones put on by the local SEC examiners. In every single conference where the SEC had a representative to speak, he or she warned that a failure to address a deficiency so that it became apparent on the follow-up visit that the warning was being ignored would result in an enforcement action. Where is the surprise here?

The article seems to suggest that the SEC might just swoop down on some unsuspecting advisory firm, discover that there were misspelled words in some document and promptly throw everyone in jail. I have found the SEC examiners and staff to be quite willing to bend over backward to assist and train as long as they got the sense we were trying to get things right. On the other hand examiners have warned that as soon as they sensed deceit, deception, or out and out lies, the firm doing those things would become a target.

That attitude makes good sense to me. It beats the heck out of FINRA’s focus on type size and being sure to have properly labeled empty files.