Social media tools archive your firm's posts, tweets and blogs and make sure they're all there when regulators pay a call

As registered investment advisors flock to Twitter, Facebook and other social-media sites to establish themselves as thought leaders and connect with customers and other investment professionals, storing and keeping track of tweets, posts and other content for compliance purposes can seem like an exercise in herding cats.

Advisors can do it on their own, but in that case, they’d better have a couple of hours a day to spare. A more efficient solution is subscribing to one of the social-media archiving services that have come on the market in the past couple of years that capture, monitor, archive and report social-media content and interaction.

New contenders are beginning to crowd into the market, but the services getting top billing from social media and financial tech gurus these days are Arkovi, Socialware, Actiance, Erado and Smarsh. See: MarketCounsel’s MailBanc automates away some of the liability risk of instant communications.

But what to look for in a service? At a minimum, say tech experts, it should perform several specific tasks. “It must support the social-media sites the advisor is using to post updates, it must be able to capture all the messages posted publicly and reproduce them in a format that is very easy to deliver to an examiner or auditor,” says Bill Winterberg, a financial services technology consultant.

Ease of use is also important, and we took a look at one popular program, Arkovi, a software-as-service offering that operates in the cloud and requires no separate download or software installation. 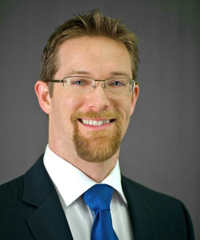 Bill Winterberg: It must be
able to capture all the messages
posted publicly and reproduce them in
a format that is very easy
to deliver to an examiner.

A winner in 2010 of a Morningstar Inc. award for best back-office technology, Arkovi caters to investment advisors as one of its target audiences. It was developed in 2009 by BMRW & Associates by three industry veterans: CEO Blane Warrene had been the director of technology solutions for CBIZ; his partner, Carl Cline, was a former compliance counsel for JPMorgan Chase & Co.; and third principal in the firm, Tyson Lowery, was president of Global Edge Technology. See: Big Midwestern RIA buys itself a national presence in deal with CBIZ.

“We thought social media would be new way to communicate,” says Mr. Warrene. “We couldn’t generate interest in building the technology with our firms and so we decided to build it ourselves.”

Arkovi communicates directly with social-media sites through software API — application programming interface. Once an advisor does the initial setup, entering passwords and IDs for each social-media property, Arkovi does the rest. Advisors can post content from any device — smart phones, tablets, desktops or laptops — and use any browser.

Another nice-to-have is an Arkovi capability that monitors social-media sites for the name of an advisor or business, a useful tool to check up on mentions — and reputations. All of that, too, can be captured, archived and reported on a spread sheet at regular intervals.

Arkovi also incorporates a module that can be turned on to queue up content for review before it goes out on to the Web. For firms that want more control over the content they release, however, other services that use an interface or proxy may be preferable. A proxy allows management to monitor all content before it is sent and disable certain features or limit access to them. Services that use proxies typically require a separate setup for each device.

We spoke to Russell Thornton of Wealthcare Capital Management in Atlanta, who’s been using Arkovi for the past 18 months, to get his opinion of the service. Wealthcare manages $395 million in assets.

How do you use social media in your business?

I work by myself out of a home office and I really engage and participate in dialogues with other advisors and industry professionals. It’s almost like a virtual study group. We share links and discuss issues.

I use the big three social-media sites — Facebook, Twitter, LinkedIn — and also now, Google+. I’ll highlight an article or content, for example, for folks I’m connected with on LinkedIn or Facebook or who follow me on Twitter. It’s a way to be seen and heard. Since Google started indexing social-media properties, it also helps my discoverability. It builds more credibility, and being more easily seen and heard online is probably a good thing. See: RIAs fed up with Facebook should hop on the Google+ bandwagon.

Did you evaluate other archiving services? What made you choose Arkovi?

I’ve been using Arkovi for 18-plus months. I looked at a couple of others at the time. One required the local installation of software; another was cloud-based but it didn’t have as favorable a price as Arkovi. I liked Arkovi because it’s a hosted cloud solution. I didn’t have to deal with software or installation or updates. I also liked the fact that since they built the service to integrate with each of these social media services. It works in the background and I don’t have to alter my behavior using social media. It was almost a no-brainer when I got comfortable with the technology.

How difficult was it to set up Arkovi on your various devices?

From signing up and setting up to being up and running, it took a few minutes. You log on, put in your account credential for each social-media property and you’re off to the races.

Do you use the service to capture what people are saying about you on the Web and at social-media sites?

I can see in the future, going back and looking at what was I talking about and sharing and linking to that period of time to give me some context. As time passes, as the archive grows and builds, I think it will become a resource for business intelligence and contextual searches. But as far as using it for vanity monitoring, I haven’t really used that feature.

Have you gone back and checked to see whether Arkovi was doing the job properly, capturing and archiving all your tweets and posts?

I have done a couple of downloads for my own peace of mind and to kick the tires. I downloaded the entire archive into a zip file to make sure I knew how to do it and to see how it worked.

How would you improve it?

At the moment, I can’t think of anything.

Advisor Tested: iPad proves ideal for advisors on-the-go; the surprise is the effect on clients.

Advisor Tested: How LinkedIn can truly build your business and not just feed your ego.