EISI strikes a deal to cash out its shareholders

The buyer, Zywave, is a force in the property-and-casualty world

EISI, based in Winnipeg, Canada, developer of NaviPlan and Profiles software, offers the broadest selection of needs analysis and financial planning tools in North America. About 20% of EISI’s business comes from RIAs, according to the company.

The software firm is being sold to Zywave Inc., a successful Milwaukee, Wis. company makes software for property and casualty insurance agencies and employee benefits businesses. It serves about 1,500 agencies worldwide. 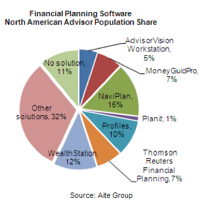 EISI is big on the charts.

EISI is mostly owned by Birch Hill Equity Partners of Toronto, which bought a 64% stake in EISI 2005, according to PrivCo.

Private-equity firms often look to unload their acqusitions after five or more years.

Birch Hill did not return a phone call placed for this article.

The sale of EISI is not unexpected, but the buyer is, according to Joel Bruckenstein, producer of the T3 conference series.

“I think it’s a big deal…I know they were being shopped but I was surprised that they sold to Zywave.”

Zywave is a not a company that is readily associated with the financial advisors that EISI has traditionally served. 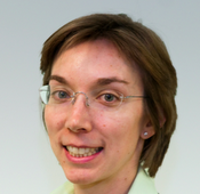 Zywave, founded in 1995, has been backed by San Francisco-based Vista Equity Partners since November 2008.

Dr. Mark Evans, founder and CEO of EISI, said in a release that the partnership is based on Zywave’s ability to innovate technology.

“Zywave’s proven track record as a highly regarded innovator and commitment to advancing next-generation financial planning technology for advisors and their clients make it the ideal partner to build on EISI’s 20-year legacy.”

EISI has been placing an emphasis on innovation at a time in which simplicity and user-friendliness are qualities increasingly prized by advisors.

“A lot of their heavy users are advisors to high-net-worth and ultra-high-net-worth clients doing financial planning. Advisors doing quick and dirty analysis were using another tool,” says Sophie Schmitt, analyst with Aite Group of Boston.

See: Review: EISI is producing a simpler NaviPlan in an effort to keep its towering market share

The complexity of NaviPlan has also encouraged new market entrants. See: Former Microsoft executives are out to make Figlo compete with EISI

The other big player in financial planning software is MoneyGuidePro, Bruckenstein, says.

EISI’s Denis Martineau says his company will not comment extensively on the transaction beyond the scope of the press release until the deal closes. “We think it’s going to be great news for our clients…it’s not like things are going to change overnight.”

When Vista, which manages about $2 billion of investments, announced that it was backing Zywave with cash in 2008, Vista founder and Managing Principal Robert F. Smith said in a release: “The management team of Zywave has built a very impressive business, and we are tremendously excited to partner with them to continue their track record of success and pursue several new exciting opportunities.”