Thursday, December 17, 2009 – 3:23 PM by Elizabeth MacBride
Admin:
0 Comments
Mary Schapiro: When investors receive similar services from similar financial service providers, they should be subject to the same standard of conduct

Elizabeth’s note: The season is upon us. I don’t mean the holiday season – but the time when we look back over the legislative year and wonder whether to be happy or upset about the way events unfolded. There are threats to the purity of the fiduciary standard, worries about an SEC that will be zealous about all the wrong things, concerns that the state regulators are staging a pitchfork rebellion, and yet, for all that, there’s is a growing sense in Washington that rational solutions may yet emerge.

Yesterday’s passage of new custody rules – under which fee-only advisors only narrowly averted being subject to surprise audits – may be a harbinger of what’s to come in the new year: a more aggressive SEC champing at the bit to develop new regulations.

That, in turns, tosses the ball into the SEC’s court. Chairman Mary Schapiro seems ready to pick it up, based on her speech Dec. 3 at the Consumer Federation of America.

“The need for meaningful regulatory reform does not exist solely at the Congressional level,” she said. “It is not limited to macro-economic issues. There is much that the SEC can do on its own.”

She singled out a series of issues that she’s asked for staff reports on, including 12b1 fees, target date funds and variable annuities. Perhaps even more significantly for advisors, she listed the areas in which regulations for advisors and broker-dealers could be merged or “harmonized.”

“Securities professionals, regardless of what their business card says, should be subject to the same standard of conduct, the same licensing and qualification requirements, the same disclosure obligations, the same regulatory and recordkeeping standards and a robust examination and oversight schedule,” she said.

The SEC did not return several calls for comment on whether the chairman’s speech indicated the SEC would develop new, harmonized regulations in the absence of Congressional action.

David Tittsworth, executive director of the Investment Advisors Association, said the one thing that he wanted advisors to realize, going into the new year, is that they might be looking at a different SEC. 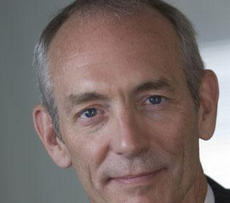 David Tittsworth: Investment advisors should absolutely
understand and be aware of the
fact the inspection program is going
to be more aggressive than ever.
And the potential for regulatory change
is huge.

“Investment advisors should absolutely understand and be aware of the fact the inspection program is going to be more aggressive than ever,” said Tittsworth. “(And) the potential for regulatory change is huge.”

Meanwhile, RIAs and their advocates looking back over this year found some surprising twists, lows and highs.

The year’s biggest surprise came on the fiduciary front. People and organizations that had been stalwart opponents of having broker-dealers operate under a fiduciary standard changed their tune.

Schapiro was chief among those former opponents. The former FINRA head, who had long embraced the suitability standard, gave a June 18 speech at the New York Financial Writers’ Association Annual Awards Dinner in which she laid out her view of a fiduciary standard:

The Securities Industry and Financial Market Association also embraced a fiduciary standard. In testimony before the House Financial Services Committee in early October, John Taft, head of wealth management, RBC Wealth Management, said, “SIFMA’s vision of a harmonized fiduciary standard is even stronger, and more pro-investor, than any other alternative we have heard advanced.” He was testifying on behalf of the Securities Industry and Financial Markets Association.

The Committee for the Fiduciary Standard, an industry group, endorsed the House legislation that passed last week precisely because it contains the idea that broker-dealers should operate under a fiduciary standard.

‘The fact that any fiduciary standard has made it this far is the focus of our enthusiasm,” says Knut Rostad, the Committee chairman. He noted that even nine months ago, the sight of SIFMA testifying on behalf of a fiduciary standard for broker-dealers would have been unthinkable. “The ice started to crack eight months ago,” he said.

The death of the FINRA amendment

Another victory, at least from the perspective of advisor advocacy groups, came just last week, when an amendment that would have given FINRA oversight of 4,500 dually registered RIAs was stripped from the House legislation. Advisor groups feared FINRA didn’t have the fiduciary experience to be a good regulator, though FINRA has argued that it has the resources to oversee RIAs.

As details about the House legislation have emerged, advisor groups have become increasingly concerned about language that seems to limit the fiduciary standard. The specific line reads, “Nothing in this section shall require a broker or dealer or registered representative to have a continuing duty of care or loyalty to the customer after providing personalized investment advice about securities.”

The language may have grown out of lobbying from discount brokers, who have argued that it doesn’t make sense to apply the full-fledged fiduciary relationship to people placing one-time trades.

Advocates for the fiduciary standard recognize there’s still a big hill left to climb. Legislation introduced in the Senate next year may have a harder time passing, but that doesn’t mean advisor groups can afford to relax. Assuming the fiduciary standard is part of any legislation, questions of how to extend the standard to broker-dealers — should it be based on the service provided, the customer being served, or the person providing the service — will have to be grappled with.

Ed Lynch, the managing director of 401(k) Advisors Group, says he believes the standard should apply to anyone providing advice. “If you walk and talk and quack like a duck, you’re a duck,” he said. His firm, located north of Boston and affiliated with LPL, has $400-$450 million in assets under management.

More Power to the SEC

The legislation passed by the House would give the SEC the job of developing rules harmonizing regulation of RIAs and broker-dealers, allow the commission to impose new user fees on RIAs and double the amount that could be appropriated for the SEC to $100 million.

Oddly, in a season when criticism
for the SEC’s failure to spot
the Madoff Ponzi scheme was being
heaped on the agency, the House
gave it, for all practical purposes,
a ringing endorsement.

Oddly, in a season when criticism for the SEC’s failure to spot the Madoff Ponzi scheme was being heaped on the agency, the House gave it, for all practical purposes, a ringing endorsement.

That worries some who say the agency has too many ties to Wall Street and the broker-dealers.

“Once heralded as the best of our government agencies, the SEC has refused to act to enforce the Advisers Act (and other laws).,” said Ron Rhoades, director of research for Florida-based Joseph Capital Management. “Until Wall Street’s influence over the SEC is diminished – substantially – American consumers will have little protection afforded by the SEC’s actions.”

A proposal to shift regulation of RIAs with fewer than $100 million in assets under management to the states advanced. It was part of the House legislation; potentially, the SEC could on its own develop rules that would shift the authority. It’s estimated that such a move would shift 4,000 to 5,000 RIAs to state oversight, for a total of about 75%.

Though SEC regulation has become something of a badge of honor in the business because it applies only to large advisors, many RIAs have cautiously embraced a possible shift. State regulators may provide more coherent regulation than an SEC preoccupied with going after big fraudsters. The SEC audits only about 11% of RIAs each year.

Bob Vance, of Vance Capital Management in Sonora, Calif., hasn’t had an SEC audit yet, though he has $85-$90 million in assets under management. He’s heard from other RIAs that’s such an audit isn’t fun. “They’re straining gnats and swallowing camels,” he said wryly in an interview about a month ago.

In contrast, he recalled an audit by state regulators that his firm went through.

“They were there by 9 and out by lunch,” he said. “That sounds a whole lot more fun to me than having a bunch of goons here for a week.”

For your further reading:
Mary Shapiro’s speech to the Consumer Federation of America
https://www.sec.gov/news/speech/2009/spch120309mls.htm