The wirehouse legal truce is now a poaching tool for advisory roll-ups; Merrill Lynch applauds its wide use

Tuesday, November 17, 2009 – 4:49 AM by Elizabeth MacBride
Admin:
1 Comment
Thomas B. Lewis: “There are RIA firms joining that are trying to recruit large producers.”

The number of firms signed on to the Broker Protocol is exploding and the kinds of firms joining it are changing.

The number of signatories to the no-fault poaching truce among advisory employers has tripled in the past year, between November of 2008 and November of 2009. There were 118 firms that had signed by the end of last November; at the beginning of this month, the number was more than 370.

Most people in the RIA world think of the Protocol as a tool for breakaway brokers, and there are many firms on the Protocol list that were established by former wirehouse brokers. As part of the process of breaking away, the broker or his/her lawyer starts an RIA entity and signs on to the Protocol. A broker moving from the wirehouse to the new firm is protected legally

But a growing number of firms signed on to the Protocol are existing RIAs looking to win breakaways to their teams — to roll them up into the existing RIA. Their target: breakaways who may not want the burden of running their own businesses.

“There are RIA firms joining that are trying to recruit large producers,” said Thomas B. Lewis, a shareholder of Stark & Stark, Princeton, N.J.-based law firm that counsels finacial advisors. “That is a growing number” on the list.

The Protocol is an agreement created by three firms – Smith Barney, UBS and Merrill Lynch – that provides a way for brokers to change firms without sparking legal action.

Though the document was initially established to ease a rising tide of expensive legal action between the big firms, the agreement has had a side effect. It gives breakaways and firms that want to recruit them a legal path for the departure, and for the solicitation of clients shortly thereafter.

There are no signs that the big firms regard the steady out-flow of advisors as an issue large enough to necessitate pulling out of the Protocol. With the war for talent heating up again on Wall Street, the larger problem likely remains keeping a lid on litigation between the big firms.

Merrill Lynch, for instance, has no plans to pull out, according to Bill Halldin, a spokesman for Merrill Lynch.

“We’re pleased that the protocol has been successful,” he said “We’re also pleased it’s been embraced widely by the industry.”

Joining the protocol is as simple as sending an e-mail to the firm that maintains the list of signatories, Wachtell, Lipton, Rosen & Katz of New York. 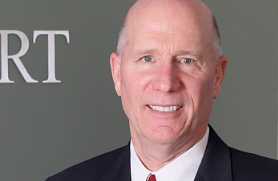 Paul Spitzer: Concert Wealth Management has
used the protocol to help bring
40 breakaways under its ADV.

Concert Wealth Management of San Jose, Calif., joined in May 2007, and has used the protocol to help bring 40 breakaways under its ADV. It offers back-office and administrative services, but the advisors establish their own brands and function independently, says Paul Spitzer, managing director, San Diego. He and CEO Felipe Luna spend about three-quarters of their time recruiting breakaways – and the Protocol makes that work much easier.

The Protocol and its business-like attitude toward one of the realities of a competitive market have helped create the fluidity of the advisory and securities business, notes Lewis of Stark & Stark. In other industries, such as insurance and pharmaceuticals, restrictive covenants are common and limit the degree to which people can move around.

The securities business is the exception, not the norm – but it may not be surprising that a business concerned with money has ensured that more of it goes to profits than to lawyers.

Concert has embraced the principle of fluidity in its agreements with advisors who join its platform. It asks brokers only for a 90-day notice if they wish to depart. “Our agreement with our brokers is … we don’t have one,” said Spitzer. “If you don’t like it here, just give us 90 days’ notice.”

Though the Broker Protocol serves as a legal shield if it’s strictly followed, the consequences can be severe for neglecting its dictates, according to Brian Hamburger, managing partner of The Hamburger Law Firm of Englewood, N.J. [This point is further elucidated in the article: The number one obstacle to making a clean breakaway from a wirehouse.]

A wirehouse broker — and Hamburger client utilizing the Broker Protocol — called him after Labor Day weekend. The client informed Hamburger that he was planning to play golf with his boss the next day and that he planned to let him know about his imminent breakaway. Hamburger admonished his client that this was a move he should not make under any circumstances.

The client explained that he was close with his boss and that he felt obligated to make him aware of his breakaway decision. In the subsequent call from his client, Hamburger heard the outcome. The client told his boss of his imminent breakaway as he was preparing to tee up his first shot.

The boss’ reaction was swift and decisive. “He said: now my job is on the line,” Hamburger said in an earlier interview. “Pack your bags.”

Doug Swope broke away from Smith Barney in May and his firm, The Swope Group, had a very simple strategy for leaving the wirehouse on his own schedule.

“We followed every step [of the protocol] by the book,” says the Wayne, Pa.-based financial advisor who moved his assets to Fidelity Investments.

Lewis, Spitzer and others expect the growth in the number of signatories to continue. As more sign on, there’s even more incentive to join. Eventually, notes Rob Ross, an associate with the Hamburger Law firm, big RIA firms that have signed the protocol may be subject to poaching themselves.

“That’s probably a few years off,” he notes.

Officially called the Protocol for Broker Recruitment, the agreement outlines in detail what a departing broker can do and take with him or her. For instance, clients phone numbers are OK: financial statements are not. Mr. Lewis, who has helped more than 1,000 breakaways on their paths to new positions, outlines some elements in an article here.

For the three-part series of how Mark Sear and David Hou used the wirehouse protocol to leave Merrill Lynch with nearly $2 billion of assets and form Luminous Capital, click here.

As of last week, Broker Protocol membership had increased to 380 total firms. For many firms, membership in the Broker Protocol is a fantastic recruiting tool. It will be interesting to see if the 400-member barrier is broken by the end of the year.