SEC one step closer to losing oversight of most RIAs

But will budget-crunched states do a better job?

Wednesday, October 28, 2009 – 4:26 AM by Elizabeth MacBride
Admin:
1 Comment
Kristina Fausti is watching for whether fiduciary standard will apply only to personalized investment advice provided to retail investors

State securities regulators are angling for a bigger piece of RIA regulation — but observers are raising some key questions. Do states have the budget and the resources to take on regulation of larger RIAs? Case in point: California, one of the states with the largest number of RIAs and the biggest budget crises. Will states in general do a better job than the SEC? Care to weigh in? Send your comments to elizabeth@riabiz.com or put them at the bottom of this story.

A proposal by state securities regulators that they take over regulation of RIAs with less than $100 million in assets under management came one step closer to reality today. The House Financial Services Committee added a measure raising the AUM threshold for SEC regulation to the Investor Protection Act. Committee members have embraced the proposal, which would move an estimated 4,000 to 5,000 RIAs to state oversight, and give states jurisdiction over about 75% of the industry, as a way to take the burden off the SEC.

The Committee pushed off action on the Act itself, which is being closely followed by advocates for RIAs — and other parts of the financial services industry. If it comes law, a possibility that is still a long way off, it would reshape the regulations that govern RIAs and broker-dealers.

Kristina Fausti, director of legal and regulatory affairs for Pittsburgh, Pa.-based Fiduciary360, which offers training and certifications on the fiduciary standard, has been watching the Investor Protection Act debate for three key issues:

1.) How the fiduciary is, or is not defined, in the statute, and whether the committee clarifies the language to make it clear that the fiduciary duty must be as strong as what is currently applied to investment advisers under the Advisers Act.

2.) The scope of the fiduciary standard and whether it will apply only to personalized investment advice provided to retail investors.

3.) How conflicts of interests and disclosures are addressed. 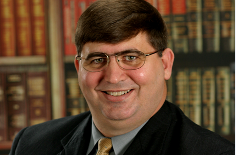 RIA lobbyists have been prepping for this day for the past few weeks. Included here are links to letters that RIAs and their advocates have sent to the committee.

The Committee for the Fiduciary Standard sent this letter.

A group of advocates, including the Financial Planning Coalition and the Investment Advisers Association, sent this letter, which includes an interesting note at the bottom on the lobbying activities of life insurers.

Ron Rhoades, the director of research for Joseph Capital Management, an RIA firm with offices in Florida, Georgia and North Carolina, sent a letter co-authored by Rhoades and four leading academics and signed by more than 30 other industry leaders. Rhoades has been called a one-man RIA think tank: this letter is 21 pages long.

Before I moved away from Oregon this year, I built fairly good rapport with the Oregon Department of Finance and Corporate Securities, the body that regulates state-registered investment advisers.

OR DFCS is a profitable division within state government, primarily due to the registration fees collected for registered representatives conducting business with Oregon residents.

They have an appropriate number (in my opinion) of examiners on staff and conduct introductory meetings with all new state-registered RIAs within the first few months of registration. When has the SEC ever done that with new federally-registered RIAs?

Remember that the Indiana Securities Division, in response to investor complaints, investigated <a href="http://en.wikipedia.org/wiki/Marcus_Schrenker">Marcus Schrenker</a> and filed charges four days before he faked his own death in a plane crash.

I believe that state examination departments will be up to the task of monitoring and regulating advisers who manage under $100 million.