The seven things I learned from roll-up executives in Princeton, including not to call them that

After a year during which roll-up firms fell on hard times, one of the most eagerly anticipated sessions at this year’s MarketCounsel Conference in a hotel near Princeton, N.J., was the panel discussion among top executives at four roll-up firms.

But audience members looking for clues about the financial health of the four firms – Focus Financial, United Capital, HighTower and United Advisors – went away mostly disappointed. What we saw, instead, were the differences in attitude and style among the four firms, along with a hint of the intense competition in the business.

Here are some of the roll-up facts and observations that emerged during the conference, at Friday’s panel and others.

1. The only hint of how tough the market has been for the roll-ups actually came in an earlier panel, when David DeVoe, managing director of the strategic business development group at Charles Schwab Advisor Services, noted that one of the biggest trends in the merger and acquisition market this year was that of management teams of RIAs buying back their practices from roll-ups. DeVoe predicted that there would be about 75 mergers and acquisitions this year, down from 88 last year. For the previous two years, the big numbers had been driven by consolidators – the roll-ups, including those on the later panel. 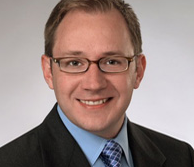 2. Competition is the most intense between Focus Financial, the self-proclaimed leader in the business, and United Capital, which just got an infusion of $15 million from Bessemer Ventures. A body language expert would have had a great time watching Rudy Adolf of Focus Financial and Joe Duran of United Capital lean away from each other and look away as the other was speaking.

3. The strategies of all the firms vary. HighTower targets very high-end financial advisors at the wirehouses, said Ed Friedman, managing director, business development, for the company. HighTower’s success lies in offering ex-wirehouse brokers a web of support reminiscent of the collegiality Wall Street was known for when firms were still closely held. It also teaches them how to run an independent business. “They have these bloated staffs,” he said. “We ask them, do you really need somebody just to get lunch and coffee?”

United Capital of Newport Beach, Calif., dives deeply into the businesses of the advisory firms it acquires, taking a significant role in management to expand sales. “We look for opportunities where we can be accretive,” Duran said. 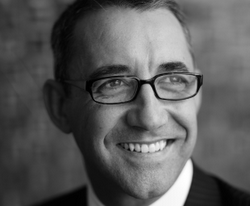 Joe John Duran: “We look for
opportunities where we can be accretive."

Focus Financial of New York seeks the top layer of advisors, provides them with some economies of scale on technology and back-office services, and then leaves them alone. “Never turn a successful entrepreneur into an employee,” Adolf said.

United Advisors of Secaucus, N.J. and New York looks for smaller firms and takes a hands-on role in management – which starts even before the transaction is complete. “We sit down and go over objectives,” said Mark Penske, chairman.

4. All four roll-ups emphasized the discipline they use to turn down advisors who “don’t fit.” Adolf said that Focus Financial receives four or five calls from advisors a week. 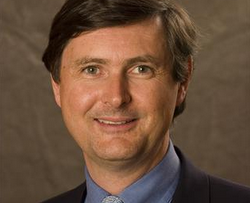 Rudy Adolf: “Never turn a successful
entrepreneur into an employee.”

“Most of them aren’t qualified,” he said, adding later that “Due diligence is the art of saying no.” Friedman told the story of a dinner between an advisor and HighTower Chief Executive Elliot Weissbluth. On paper, the advisor looked perfect, with $450 million under management. But Weissbluth returned from dinner and nixed him. “He was rude and disrespectful to the wait staff and condescending to his wife,” Weissbluth told Friedman.

5. The next year looks promising especially for United Capital, because of its cash infusion.

HighTower may benefit from, among other things, the federal government’s latest move to reign in compensation on Wall Street. The pay packages of thousands of advisors may face new scrutiny next year, which in turn may cause more of them to look outside.

Focus Financial plans to exceed or equal the number of acquisitions – six — it made this year, Adolf said. United Advisors, which did one deal this year, hopes to make 2-4 next year.

6. Roll-ups don’t like to be called that. Dan Seivert, chief executive of ECHELON Partners, an investment bank and consulting firm in Manhattan Beach, moderated the panel and gave the audience a list of words other than roll-up, including consolidator and aggregator. Most of the panelists noted that they don’t like to be called roll-ups. Afterwards, the audience members continued to call them firms roll-ups.

7. Schwab provides much of the grease on the wheels of the merger and acquisition business. Adolf publicly acknowledged that Schwab has been “helpful with introductions.” Other lawyers and consultants I met noted that Schwab is the initial matchmaker in many a deal.