Raymond James Financial Services is raising the bar for prospective RIAs even as it lowers the boom on a few existing ones.

The St. Petersburg, Fla.-based broker-dealer raised its minimum for a registered investment advisor to start a relationship with its firm from $30 million to $50 million of assets under management.

Raymond James imposes a lower minimum on its existing RIA clients of $20 million.

As part of the policy change on Oct. 1, Raymond James executives told seven RIA clients that they would have to find a new asset custodian.

The primary impetus for raising asset minimums for RIAs at Raymond James is that it seeks to focus resources on more successful RIAs, Di Girolamo adds.

But the move is also intended to set the right atmosphere to recruit heavy-hitting breakaways, according to Di Girolamo.

By imposing the $50 million minimum, Raymond James sets itself apart from most custodians.

At one end of the spectrum is Scottrade of St. Louis which sets no minimums and prides itself on it. 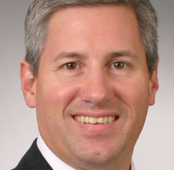 Doug Talir: "[The lack of a
minimum] is one of Scottrade Advisor
Services’ strengths and we welcome advisors
of any size."

The other end of the spectrum is RBC, which mostly advertises a $100 million minimum.

“RBC Advisor Services has set a target of taking RIAs with a minimum of $100 million in assets, but does take RIAs with less than that if they are a good fit,” says Michael Kavanagh, chief administrative officer of RBC US and the head of independent business channels in Minneapolis. “We believe this is a niche market, and allows us to provide a premier level of service that our RIAs deserve.”

Schwab doesn’t have a stated minimum but charges a custody fee each quarter to RIAs with fewer than $10 million of assets, according to a spokeswoman.

TD Ameritrade sets no minimum and imposes no fees but RIAs must prove to the company that they are serious about growing their business, according to a spokeswoman. 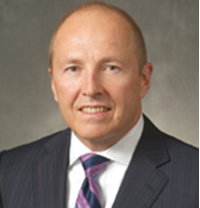 Mike Kavanaugh: “We believe this is
a niche market, and [a high
asset minimum] allows us to provide
a premier level of service that
our RIAs deserve.”

“Our typical asset minimum is $15 million, however, we look at each client relationship individually,” says Adam Banker, spokesman for the company. “There may be some instances where we assess a nominal fee until the agreed upon asset minimum is reached. Any such fee is consistent with industry practices.”

There are also ways to get around the $50-million minimum at Raymond James — if you’re willing to become part of a larger RIA, Di Girolamo says.

“If you have interest in leaving a wirehouse with $35 million, we’d typically refer you to an existing RIA firm and we’ve had great success with that,” he says. “Last week we had one [come aboard] from Wachovia with $49 million” by combining with another RIA.

Raymond James now has 275 financial advisors from 100 firms that currently use its custody platform. Those firms manage a combined $5 billion, a fraction of the $120.7 billion under advisement by the 3,270 advisors who affiliate with Raymond James as independent contractors.